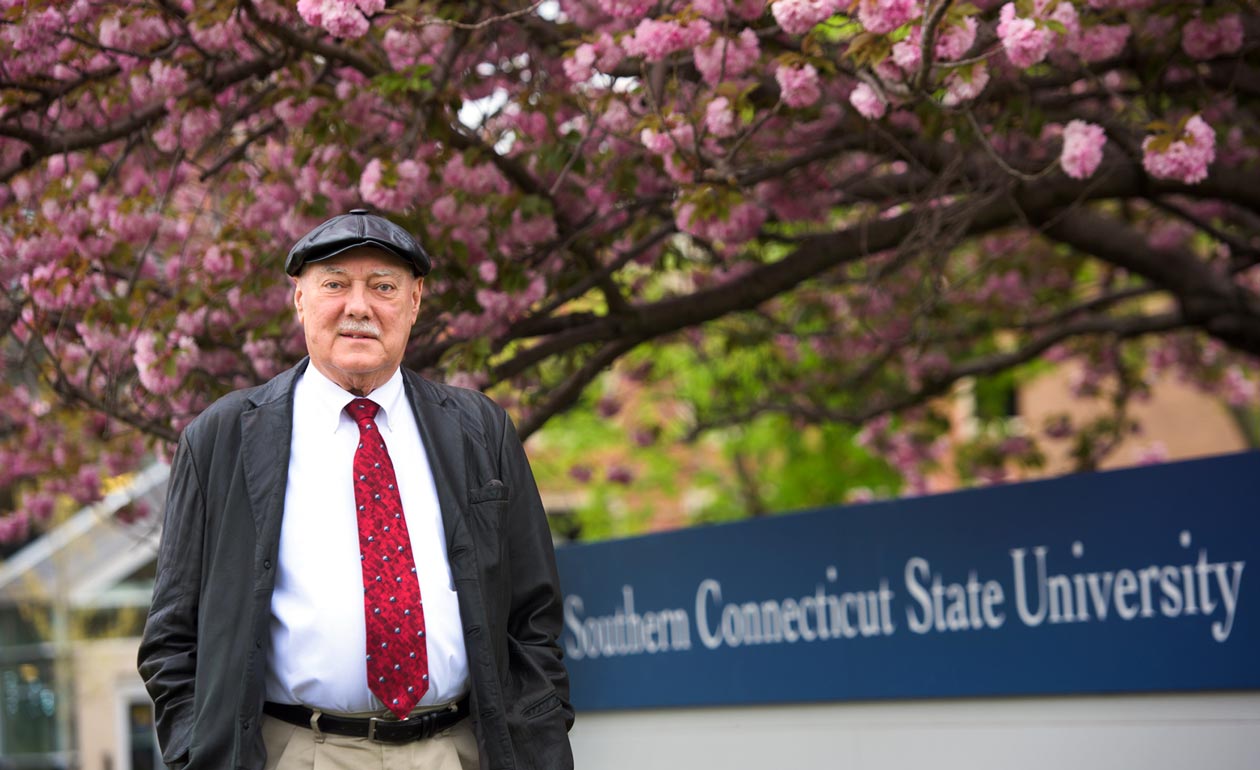 Bill Conlon had wanted to complete his bachelor’s degree ever since he left college in 1965.

At the time, he was struggling with classes as he was working full time to support his wife and children. “I knew I could handle the academic rigor of the classes if I had the time to focus on them, but there just weren’t enough hours in the day,” he said. “I was exhausted every day. With a young family, it just couldn’t be my top priority.”

As a result, Conlon opted to leave Southern Connecticut State College (as it was called then). But he always intended to return some day when he had more time to boost his GPA, complete a few final courses and obtain his diploma.

He started that process in the summer of 1970, when he took an economics class and earned an “A.” But the rest of the comeback would be put on hold again as work and family commitments rendered it nearly impossible.

Some 45 years later, the 73-year-old West Haven resident decided it was time to return. After contacting the university, he was helped by Joanne Mielczarski, an academic advisor, who guided Conlon through the degree requirements and paperwork necessary to start the process. “I needed two more classes if I could earn an “A” in both of them,” Conlon said. “If not, I might have to take a few additional courses.”

True to the academic ability he demonstrated as a teen, Conlon garnered an “A” in an English class (Writing Arguments) last summer. And in the fall, he earned an “A-plus” in a psychology course.

As a result, the 73-year-old Conlon will receive his Bachelor of Arts degree in liberal studies May 20 during the SCSU Undergraduate Commencement ceremony at Webster Bank Arena in Bridgeport.

“I have enjoyed working with Bill over the last year,” Mielczarski said. “He is a delightful gentleman. After so many years away from college, it would have been easy for him to forget about getting that diploma. I admire his determination to return to Southern and complete that degree.”

“It’s a great feeling,” Conlon said. “I figured I owed it to myself to go back and have something concrete to show for all the time and effort I had put it in when I was younger. Plus, I enjoy learning, so this was a terrific experience.”

So much, in fact, Conlon will take a class this summer – after commencement – in Spanish, just to learn the language. “At my age, I may not become fluent in Spanish, but it would be nice to at least learn the basics,” he said.

Conlon, a former councilman in West Haven, lives in that community with his wife, Deborah. He is a graduate of Derby High School.