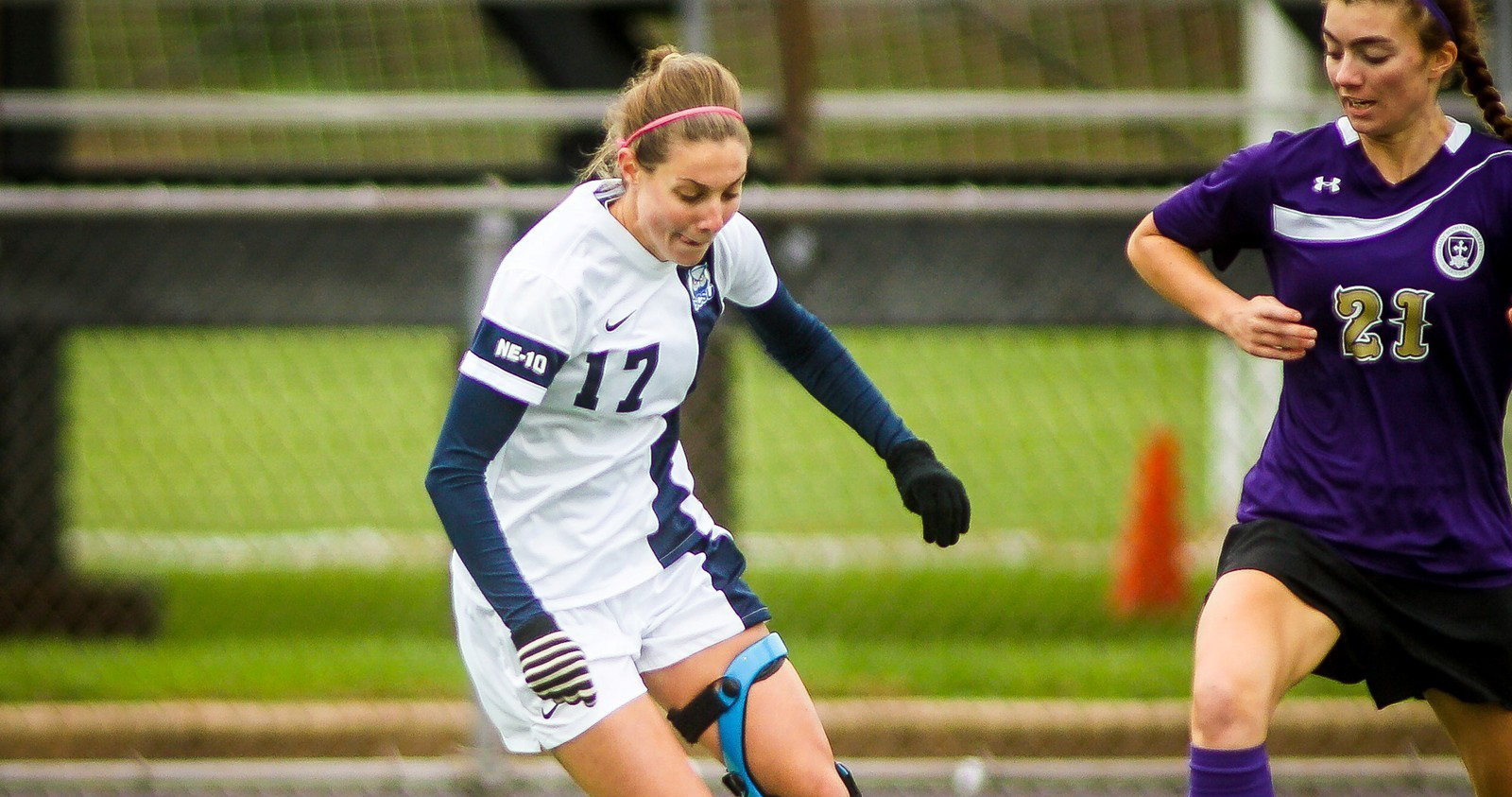 Sarah Brochu, who recently concluded a stellar career with the Southern Connecticut State University women’s soccer team, has been named as one of 480 student-athletes nominated for the 2015 NCAA Woman of the Year award.

The Woman of the Year award honors graduating female student-athletes who have distinguished themselves throughout their collegiate careers in the areas of academic achievement, athletics excellence, service and leadership.

Brochu, of Wilbraham, Mass., was also honored extensively for her work in the classroom, where the nursing major maintained a cumulative grade point average of more than 3.6. She was selected as a Division II Athletic Directors Association Academic Achievement Award recipient, a three-time NE-10 Women’s Soccer All-Academic Team selection and as a NSCAA Academic All-Region honoree.

Adam Cohen, women’s soccer coach, said Brochu was a strong role model for the younger players during her Owls’ career.

“She exemplified what we want our program to be about at Southern,” he said. “She is driven, motivated and extremely intelligent. She has a way of not only getting herself motivated, but motivating the people around her. She was a leader from the moment she stepped on campus.”