Thriving in an Uncertain World 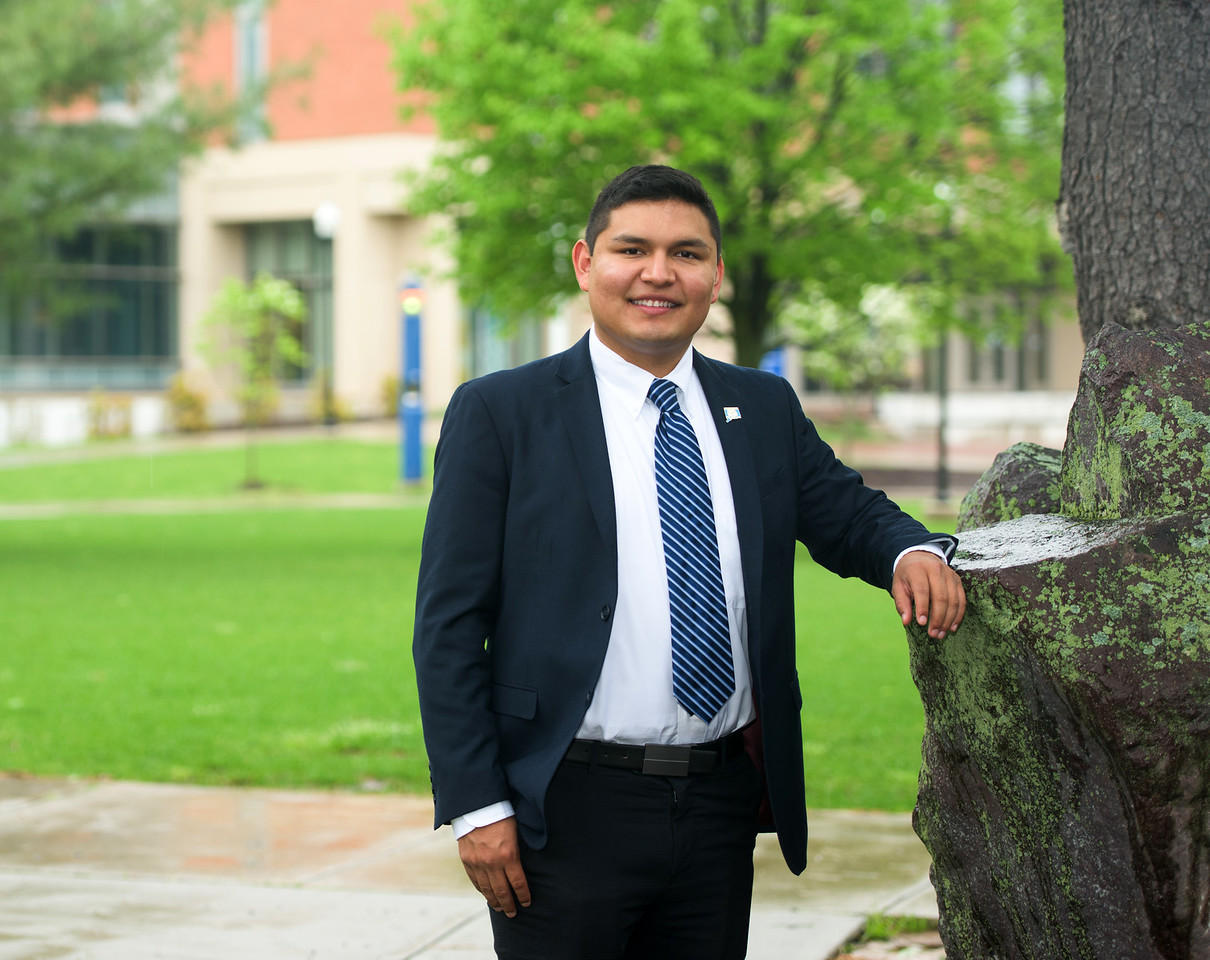 Jonathan Gonzalez-Cruz is beating the odds. “Graduating college as an undocumented student is the exception — not the norm,” he says.

Statistics verify his words. About 65,000 undocumented students graduate from U.S. high schools every year — and just 5 to 10 percent go on to college, according to the College Board’s 2009 report, Young Lives on Hold. But on May 18, Gonzalez-Cruz will cross the stage of the Webster Bank Arena in Bridgeport. Conn., to accept a degree in mathematics and economics from Southern Connecticut State University — with departmental honors in the latter.

Gonzalez-Cruz was born in Mexico City and came to the U.S. with his family when he was 4 years old. Today, the 22-year old is in the U.S. through the Deferred Action for Childhood Arrivals (DACA) program. It’s an increasingly precarious position, and as a result, he’s spent his college years juggling — balancing the demands of intensive Honors College courses, two challenging majors, and political activism at the local, state, and federal levels.

He says the undeniable pull toward political activism began the day after Donald Trump was elected president. “I remember that night — realizing that not only my future as an undocumented immigrant was threatened, but also the futures of my brother, my mother, and many of the kids I worked with as a catechism teacher and during summer camps,” he says.

Gonzalez-Cruz has felt the anguish of family separation personally. He was only a sophomore in high school when his father was deported to Mexico after a minor traffic stop led to his arrest. He clearly recalls being unable to say goodbye, watching the Immigration and Customs Enforcement (ICE) van drive away, and realizing that his father wouldn’t return home.

Despite the heartbreak and turmoil, Gonzalez-Cruz excelled at school, even tackling challenging advanced-placement courses. In 2014, he enrolled at Southern where he was accepted into the competitive Honors College and was awarded a prestigious Presidential Merit Scholarship, which covered full tuition and fees. He immersed himself in the Southern community, mentoring high-achieving, low-income students from New Haven Public Schools through the Gear Up program and serving as an undergraduate teaching assistant.

Then, as threats to DACA became widespread, he made a decision. “I knew there were two pathways in front of me: remain silent and let whatever happens happen, or take an active role fighting for the fate of undocumented immigrants and their families,” he says.

Gonzalez-Cruz chose the latter. He joined Connecticut Students for a Dream, an undocumented-youth-led organization. With the group’s help, he led events for undocumented immigrants in the community and also held presentations for educators who worked with this population. Eventually, Gonzalez-Cruz decided to take a more public role, sharing his story with the media to draw attention to the plight of immigrant families. “My involvement centers on immigration because I understand the pain of coming home every night to an empty plate at the dinner table,” he says.

He’s seen numerous triumphs. Lobbying efforts in Washington, D.C., secured the support of U.S. Senators Richard Blumenthal and Chris Murphy, both of Connecticut. In December, he was elected vice president of the Greater New Haven Young Democrats. More recently, the Southern senior helped lobby successfully for passage of a Connecticut bill that allows undocumented students to apply for institutional aid.

“I am so proud that we were able to help get this legislation passed,” says Gonzalez-Cruz, who received the university’s Economics Honors Award in 2017 and 2018. He continues: “As citizens, we should work to make it possible for all students — regardless of their immigration status — to achieve their goals and realize their dreams. When they do, we all win. These students are our future. They are going to change the world.”

Gonzalez-Cruz will be among them. He was an immigration law intern with the firm, Krasnogor & Krasnogor, and plans to attend law school — with a goal of working toward immigration reform. In the meantime, he is a top applicant for the highly competitive Congressional Hispanic Caucus Institute’s Public Policy Fellowship Program. The final selections will be announced later this spring.

For now, graduation is on the horizon. “It’s not just for me,” he says. “It’s a way to honor my parents and all of the sacrifices they made when they decided to come to the U.S. They gave up their families. They knew they wouldn’t see their mothers, their fathers, their siblings. . . . I can never repay them, but I know this is what they wanted. And I know that none of this would be possible without them.”