“My Heart on Pages”: An MFA Graduate’s Prize-winning Poetry Collection 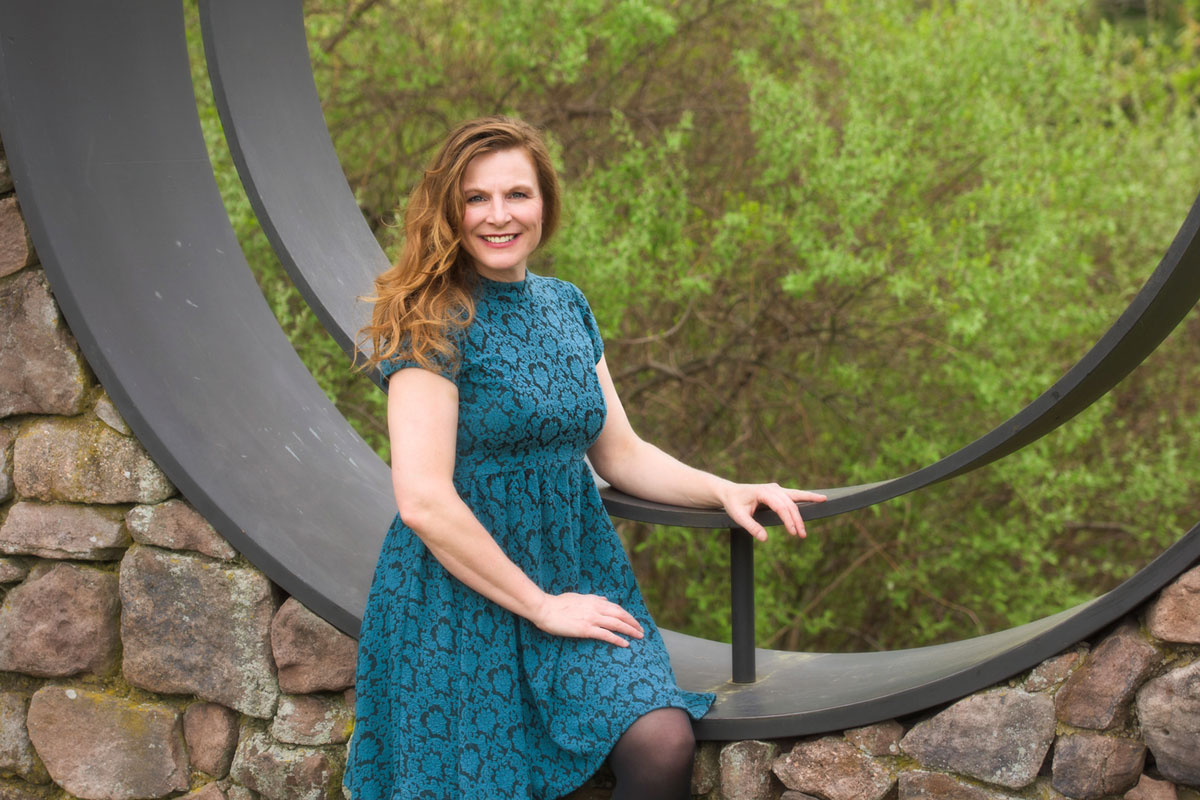 After a near-death experience, you really figure out what’s important, says Lynn Houston, a poet who graduated this May from Southern’s Master of Fine Arts in Creative Writing program. Houston’s collection of poems, “Unguarded,” recently won the inaugural Heartland Review Press prize, and will be published this fall by the press. The collection is Houston’s first book, but she also now has two other books of poetry under contract.

Writing poetry wasn’t always part of Houston’s life plan. But a few years ago, after Houston had begun keeping bees as a hobby, one day she was stung and went into anaphylactic shock. “I woke up in the hospital afterwards and thought about my bucket list,” Houston says. Although she was a literary scholar, with a Ph.D. in English and a job as a college professor, “my heart is in poetry,” she says, and she began to make some life changes.

She started a small literary press – Five Oaks Press — with her graduate students. “I started it to have a small community feeling,” she says, “but we’ve grown and we have many submissions.”

Wanting to improve her poetry, Houston applied to several MFA programs and chose Southern’s. “I wasn’t winning contests with my poems before I came to Southern, and now I am,” she says. “I like my work better now than I did two years ago, before starting this MFA program. I’m now able to write the kind of poems I enjoy reading.” Houston points to the sense of community within the MFA program as being a key component of her success.

English Professor Vivian Shipley, one of Houston’s professors and her thesis adviser, says, “As a student, Lynn was brave enough to share very personal and difficult emotions with the other poets and she invited them to come along with her as she experimented with her poems. In order to pay tribute to all those who have served our country and those who sustained them while they were deployed, the moving and memorable poems in ‘Unguarded’ are dedicated to ‘all the women who have waited for soldiers to come home.’”

Houston explains that the poems in “Unguarded” are letters she wrote to her boyfriend when he was deployed with the National Guard last year. Some of the poems appear in the book just as they were, and some Houston edited to make into poems. “This book is my heart on pages,” Houston says.

She and her boyfriend met when she was at a writing residency program. They knew he was going to be deployed, but they didn’t know when. They were together only three weeks before he deployed, serving in the Middle East.

While he was away, Houston sent him many letters. She says that as she waited for him to come back, she was strongly aware of the passage of time. “I also felt I was part of a long tradition of women waiting for men to come back from war,” she says.

Houston explains that he had been wounded previously, having been deployed six of the past 12 years and adds that “he suffers these deployments. When he came back he was not the same man as when we met.”

When he returned to the United States after several months, she flew to Florida to meet him. He told Houston her letters had stabilized him, keeping him connected to home. They spent four days together, but soon after, he broke up with her. “He was not the same person,” she says. “I was heartbroken.”

She began collecting the letters she had written to him, working on them as poems, and sending the collection out to contests. “It’s very raw,” she says of the emotion expressed in the poems. “But now I can say it was worth it – I have the book – it lives on.”

One of the judges of the Heartland Review contest, Matt Brennan of Indiana State University, wrote of “Unguarded” that it is “a coherent whole, its arc tracing the emotional plot of a woman waiting for her lover to return from a military deployment. It effectively links the changing seasons to the speaker’s fluctuating psychic experience.”

Houston says she found it difficult to be the support system for someone who’s deployed, but she adds, “My poetry has been a huge part of my healing process.”

“For other people to see the poems means so much – no other prize will ever mean so much to me,” Houston says. “It’s the record of the beautiful person I am when I’m in love with someone.”

A selection from “Unguarded”:

I Miss the Fullness of Summer Light

I’ve been up since five, and I’ve had too much

of that cold, blue glow from the computer.

What happened to the golden light of summer?

with a tangy, feral taste. I’m not just talking

seasons. I’m talking about light that loves us:

second story light with its full horizon, the wide

angle of light over dunes or rolling hills, the kind

we had during afternoons in the holler.

It’s the kind of light one has to wait for,