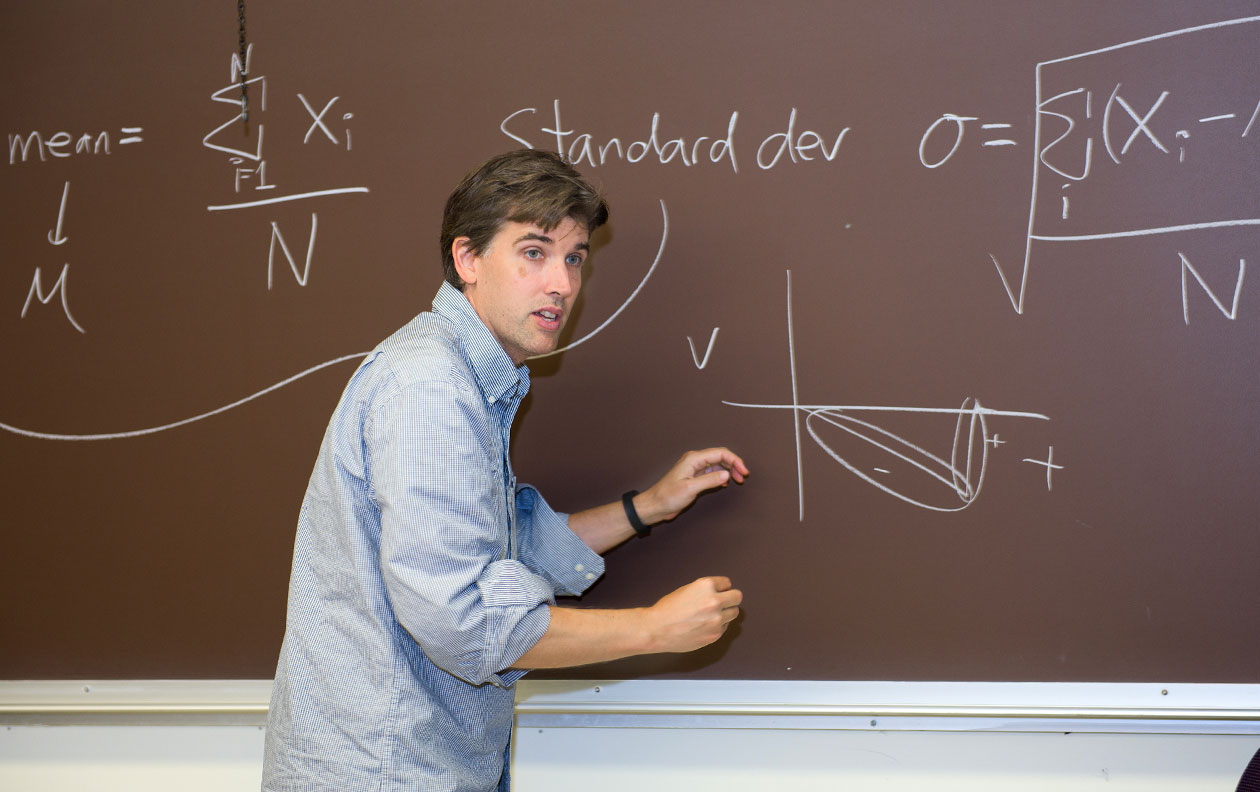 Evan Finch wants to get to the heart of the matter – “strange quark matter,” that is.

The assistant professor of physics at Southern and expert on particle/nuclear physics has been researching whether this theoretically enigmatic type of matter exists. If proven, scientists believe it could hold the keys to unlocking many mysteries of the universe.

While the Earth is made up of atoms, which form “visible matter,” a larger portion of the universe is believed to be made up of “dark matter,” which does not emit light and is invisible. But physicists theorize that another type of matter – called strange quark matter, or “strangelets” – is part of creation, as well.

It has yet to be proven, but if it exists, scientists say it would be much heavier than visible matter, likely thousands of times as dense. It could be one of the building blocks of neutron stars, and it could even be responsible for influencing the space-time continuum.

“So far, every test for strange matter has come back negative,” Finch said. “But it can’t be ruled out, and in fact, many physicists believe it exists. Over time, I’ve become less optimistic that it exists. But we certainly can’t rule it out. There is sound theoretical science behind its possible existence.”

Finch has been part of a team of scientists involved with the use of an Alpha Magnetic Spectrometer (AMS) for the International Space Station. The AMS measures the level of cosmic rays in the atmosphere, which is important information needed to prepare for a manned flight to Mars by NASA in the next 20 years or so. But the AMS also can detect strange matter, as well as dark matter.

The AMS was installed on the space station in 2011. Finch said it is more likely to capture strange matter at the station, than on Earth.

Finch, now in his third year of teaching at SCSU, brought two students interested in particle physics – Richard Magnotti and Michael Schriefer — to the Brookhaven National Laboratory on Long Island during the summer for three short trips. During the trip, the students sought to troubleshoot a small detector that is used as part of the lab’s Relativistic Heavy Ion Collider, which recreates conditions that are believed to have existed in the first millionth of a second after the Big Bang. The Big Bang is the most commonly held theory by scientists in terms of what ignited the start of the universe. Finch said the collider is the second largest in the world.

“While we weren’t able to find out the cause of a problem in the detector, we were able to re-purpose it,” Finch said.

The European Organization for Nuclear Research, known as CERN, is a research organization that operates the largest particle physics laboratory in the world. Located in Geneva, its Large Hydron Collider is where the Higgs boson particle, sometimes called the “God particle,” was proven in 2012.