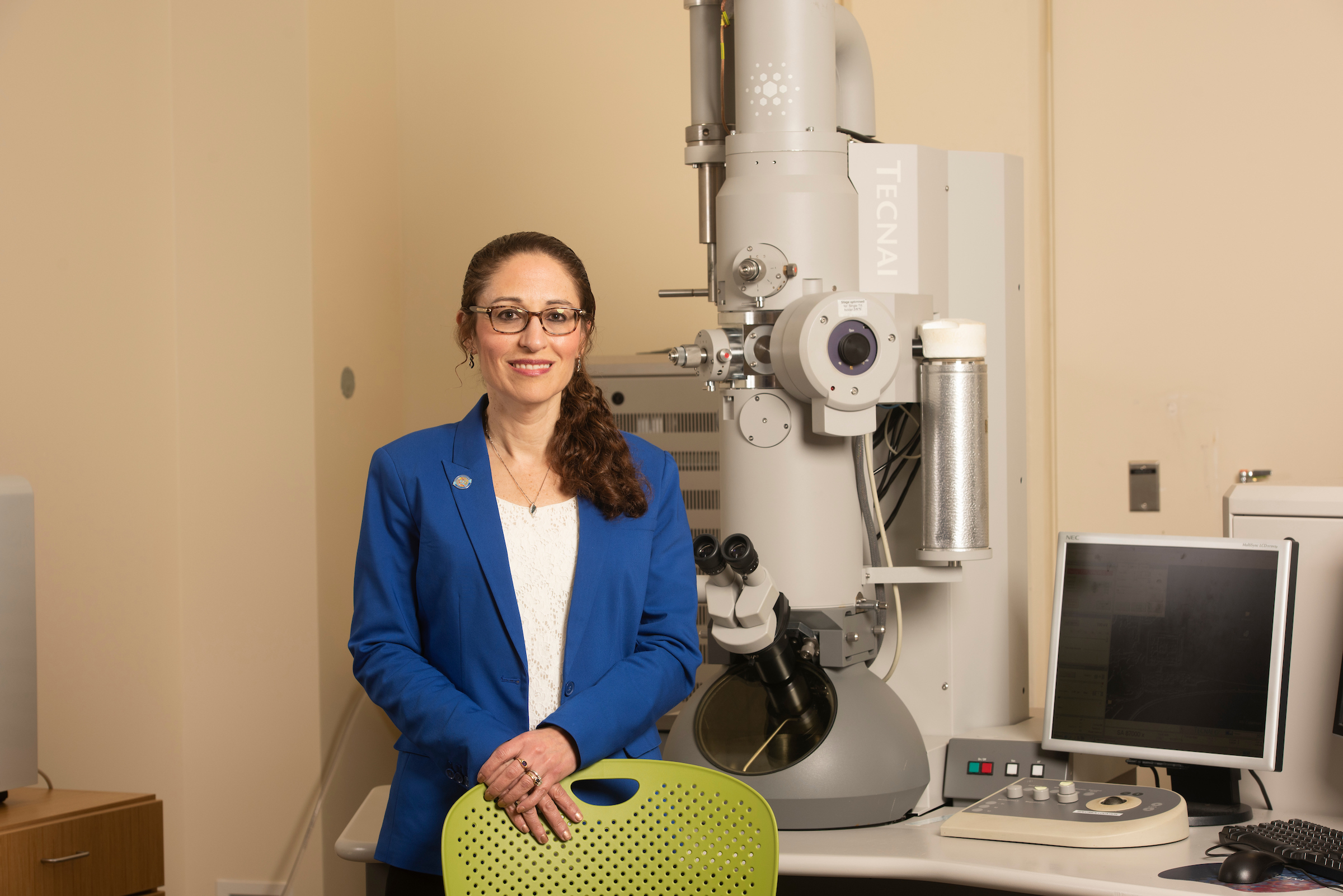 Christine Caragianis Broadbridge, Ph.D., professor of physics and executive director of research and innovation at Southern Connecticut State University, has been appointed vice president of the Connecticut Academy of Science & Engineering. Broadbridge will serve as vice president through June 30, 2020, with the Council’s recommendation that her name be submitted for election by the membership for President (2020 – 2022) and Past President (2022 – 2024).

Broadbridge began her faculty career at Trinity College. In 1998, she was appointed Visiting Fellow in Electrical Engineering at Yale University and in 2000 joined the Physics Department at Southern. She has been a principal investigator or co-principal investigator on ten National Science Foundation projects and a researcher on many others, including grants from NASA, Brookhaven National Laboratory, and the U.S. Department of Energy. Broadbridge participated in the establishment and is a researcher and education director for the Center for Research on Interface Structures and Phenomena (CRISP) at Yale/SCSU and is the director for the Connecticut State Colleges and Universities Center for Nanotechnology. Throughout her career she has implemented numerous industry workforce initiatives, most recently BioScience Academic and Career Pathway Initiative (BioPath) and the New Haven Manufacturer’s Association Summer Teachers’ Institute.

An active member of the Academy since her election in 2008, she chairs the Membership Committee, serves on the Development and Advocacy Committee, and was elected to the Council in 2016.

“I am honored to continue working with such a distinguished and dedicated group of scientists and engineers from Connecticut’s academic, industrial, and public sector communities,” said Broadbridge. “The work that the Academy does adds value to the state of Connecticut from promoting science education for K-12 students and the citizens of Connecticut to providing expert advice on issues of science and technology.”

Broadbridge has a B.S. in electrical engineering from the University of Rhode Island, and an M.S. and Ph.D. in engineering from Brown University. At Brown, she conducted research in the fields of materials science, physics and nanotechnology. Selected awards include the 2006 Connecticut Technology Council’s Woman of Innovation Award for Academic Leadership and the 2014 Connecticut Materials and Manufacturing Professional of the Year Award. Broadbridge was a Connecticut Women’s Hall of Fame Honoree in 2008 for Outstanding Women of Science in Academia and was a Connecticut Science Center STEM Achievement Award nominee in 2016. She is a member of the Connecticut Academy of Arts and Sciences, and a member of Sigma Pi Sigma and Tau Beta Pi (national honor societies for physics and engineering respectively).