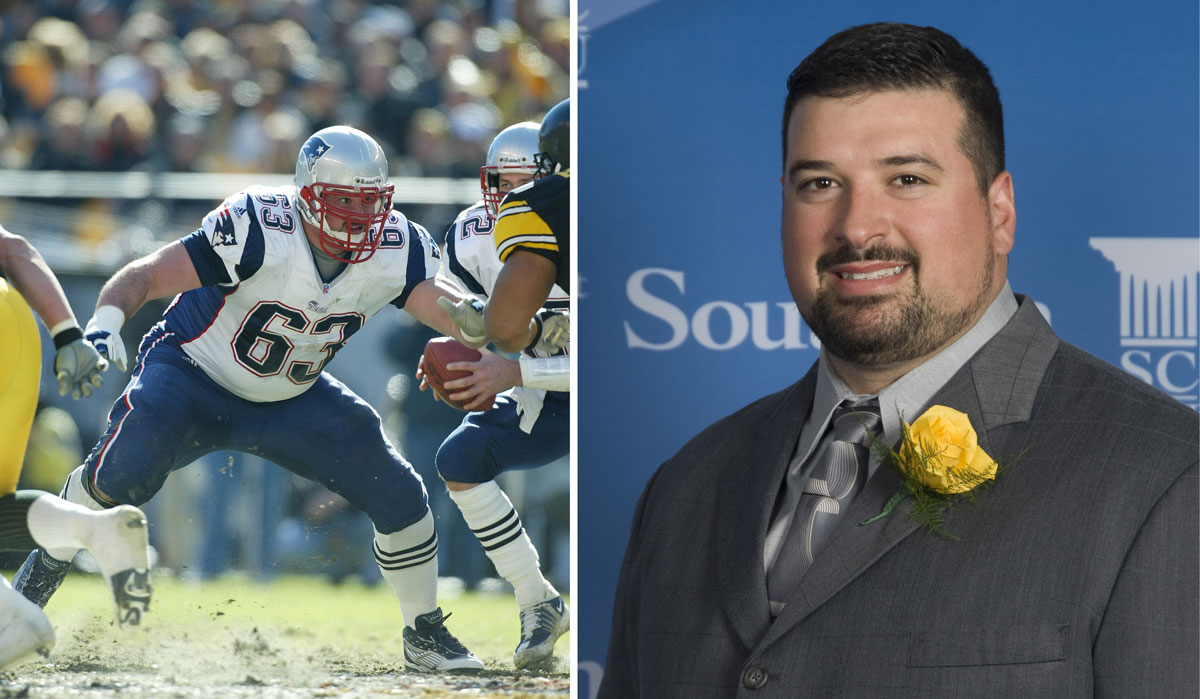 Former Southern Connecticut State University All-American Joe Andruzzi has been named the 2016 Man of the Year by the Walter Camp Foundation. He was recognized at the organization’s 49th annual Awards weekend on January 14-16.

The Walter Camp Man of the Year award honors an individual who has been closely associated with the game of American football as a player, coach or close attendant to the game. He must have attained a measure of success and been a leader in his chosen profession. He must have contributed to the public service for the benefit of his community, country and his fellow man. He must have an impeccable reputation for integrity and must be dedicated to our American Heritage and the philosophy of Walter Camp.

A two-time All-American at Southern, Andruzzi won three Super Bowls while with the New England Patriots from 2000-04 and was named to the squad’s All-Decade Team. He also played with the Green Bay Packers and Cleveland Browns during his NFL career.

Off the field, Joe and his wife Jen have worked tirelessly to support those in need. Andruzzi has been recognized with the Ed Block Courage Award in 2002 and the first Ron Burton Community Service in 2003.

In 2007, Joe himself needed help as he was diagnosed with non-Hodgkin’s Burkitt’s lymphoma. Following his recovery, he and his family founded the Joe Andruzzi Foundation and have been committed to tackling cancer’s impact by providing financial assistance for patients and their families to help them focus on recovery.

In addition to his great work helping others, Joe’s personal life story is even more inspirational. His three brothers are all members of the New York City Fire Department, and all three responded to the attacks on the World Trade Center on September 11, 2001. During the 2013 Boston Marathon, he was able to help injured people following the bombings.

Andruzzi was also previously named the 2010 Man of the Year by the Gridiron Club of Greater Boston.