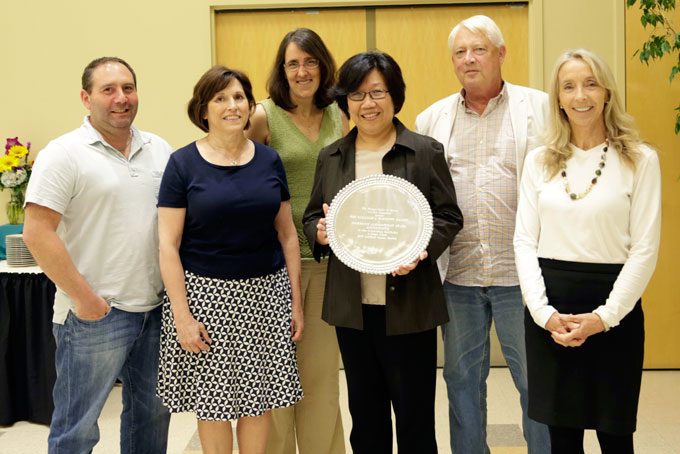 A team of Southern faculty members have been presented a prestigious national award that recognizes their efforts to collaborate with the general public on real-world science projects.

“We are deeply honored by this recognition,” said Yu, who coordinated the SCSU team and the effort to seek the award. “It has been my privilege working with our team, as well as our administrators, to boost our efforts toward citizen science. But the award reflects many years of hard work from so many outstanding faculty members.”

Yu pointed out that since 2004, 32 faculty members from 12 departments and three schools at SCSU played a role in the award through their devotion to citizen science. This was accomplished by participating in various activities, such as attending summer institutes, creating new courses and including SENCER ideals into existing courses and programs.

David Burns, executive director of the National Center for Science and Civic Engagement (NCSCE) and founder of SENCER, praised SCSU for its development of the courses, as well as the “deep insights about some of the things we need to understand about student needs when we think we are doing good things for students.” SENCER is the signature program of the NCSCE.

Yu thanked Steven Breese, dean of the SCSU School of Arts and Sciences, as well as DonnaJean Fredeen, the former dean who launched SCSU’s relationship with SENCER.