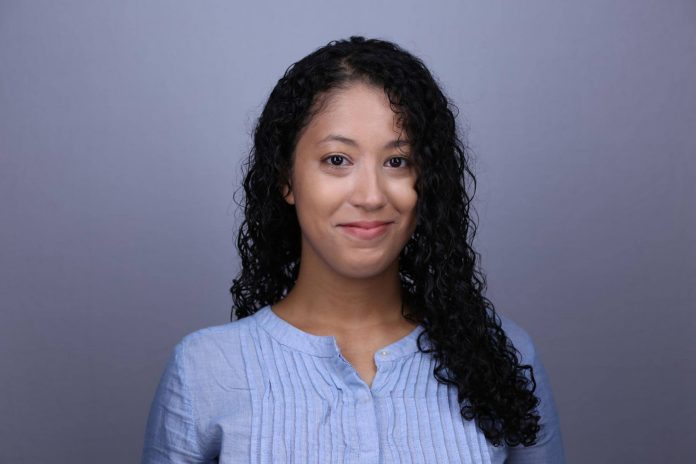 For the second time in recent history, a Southern graduate was named to the Report for America (RFA) Corps — a national service program that places talented, emerging journalists into local newsrooms across all 50 states to report on under-covered issues and communities. Jeniece Roman, ’17, began her RFA newsbeat in June, working for WSHU, a National Public Radio (NPR) member station based in Fairfield, Conn.; She is covering Indigenous nations in Connecticut and Long Island, N.Y.

She joins Southern alumnus Lynandro “DJ” Simmons, ’18, who was named to the Report for America Corps in 2021 and is continuing his post. Simmons, a journalism major and political science minor, covers marginalized communities for the Athens Banner-Herald in Athens, Ga. (He shared thoughts on his post in April 2022.)

The RFA program is highly selective: both news organizations and emerging journalists compete separately to join. The organization pays up to 50 percent of the salaries of selected journalists for up to three years.

The Road to Report for America: Roman says she was drawn to the focus on local journalism. “I was inspired to cover Indigenous communities because I saw that there weren’t many stories being told about this minority group within the state. Being a minority myself, I related to the desire for the media to shed light on issues relevant to the people in that community.”

Her newsbeat: Indigenous nations in Connecticut and Long Island, N.Y., including the Mashantucket Pequot Tribal Nation, the Mohegan Tribe, and the Shinnecock Indian Nation. A multimedia journalist writing for the website and on-air broadcasts, she reports on “a variety of cultural and economic issues facing Indigenous communities, as well as their positions in larger debates around issues that affect everyone in WSHU’s listening area — casino jobs, marijuana sales and development of tribal lands,” according to WSHU.

Among her first RFA articles: the Eastern Pequot Tribe in Connecticut mourning the death of Chief Hockeo, Roy Sebastian and Long Island’s Shinnecock Bay being designated a Hope Spot by Mission Blue, an international organization committed to protecting ocean ecosystems.

Getting started: “I had a passion for writing since I was very young,”  says Roman. She joined Norwalk High School’s student newspaper in her senior year. But, she says, “It wasn’t until I joined the journalism department at Southern that I knew this was the career path I wanted to pursue.”

Learning by doing: “I applied to Southern because I knew it had a top-notch journalism program and opportunities to practice my craft,” says Roman, who majored in the subject. She joined Southern News, the student-run newspaper, eventually rising to the position of editor-in-chief. “Working on the student newspaper allowed me to put into practice what I learned in my journalism classes,” says Roman, of the post which helped her “build a portfolio of stories to showcase when applying for jobs after graduation.” At Southern, she also was a member of the student chapter of the Society of Professional Journalists, serving as president.

On the job: Prior to joining WSHU, Roman, an award-winning journalist, covered local government and education for the New Britain Herald in Conn., and was a breaking news and crime reporter for the Record-Journal newspaper in Meriden.