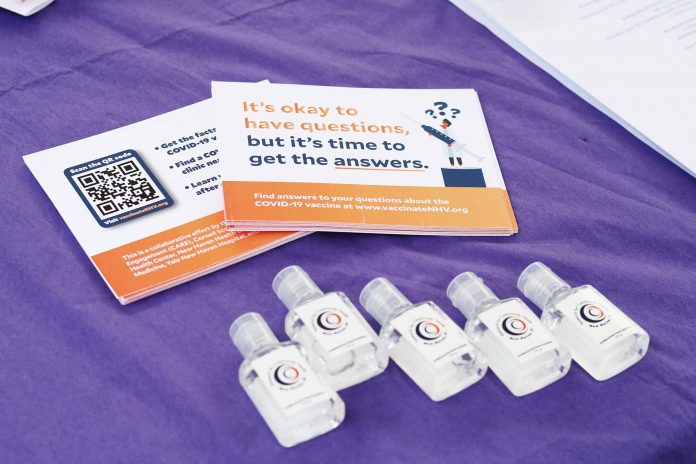 New research conducted in New Haven by shows how it takes accurate information and trust built over time to overcome Black and Hispanic residents’ hesitancy to getting vaccinated for COVID-19, the New Haven Register has reported.

Eight focus groups with 72 city residents, four in English and four in Spanish, revealed that there is much work to do in order to lower the infection and death rates among people of color, researchers found. The study, published in the prestigious Journal of the American Medical Association’s (JAMA) online network, was conducted by the Community Alliance for Research and Engagement (CARE), a partnership between Southern’s College of Health and Human Services and the Yale School of Public Health.

The need is critical, because Black and Hispanic people suffer from COVID at higher rates than whites, according to the Centers for Disease Control and Prevention.

Black people get COVID at about the same rate as whites and Latinos are about twice as likely to contract the virus, but both groups record almost three times as many hospitalizations and twice the number of deaths, the CDC reports.

The Register reported that members of the focus groups had a lot to say about both past and current mistreatment of people of color in the health care system, with the Tuskegee syphilis experiments still alive in many people’s memories. But the researchers also heard personal experiences of poor treatment.

In addition to distrust, people reported barriers to getting the vaccine, including difficulty in making appointments, getting time off from work, not being fluent in English or concerns they would need health insurance.

Bernard Macklin, a vaccination outreach coordinator at CARE, said it’s important to go where people gather and share information. Among the best places are beauty salons and barbershops, he said.

“That’s the best place to have a conversation, and you’re talking about stuff,” Macklin told the Register.

“Some people generate their opinions of those type of conversations, right or wrong,” Macklin said. “… And sometimes if you get one or two people to go in with you, all of a sudden it’s a fact, because one or two people agree with you.”

To counter those kinds of rumors, consistent, accurate information must be delivered by “trusted messengers,” as the researchers called them: family members, clergy, friends, health care workers.

CARE Director Alycia Santilli said the research affirmed CARE’s approach since its beginnings in 2007: “the importance of community involvement in any public health interventions that are being led in the community, and ensuring that the work that we do and the people who are leading the work that we do is reflective of the communities that we work in.”