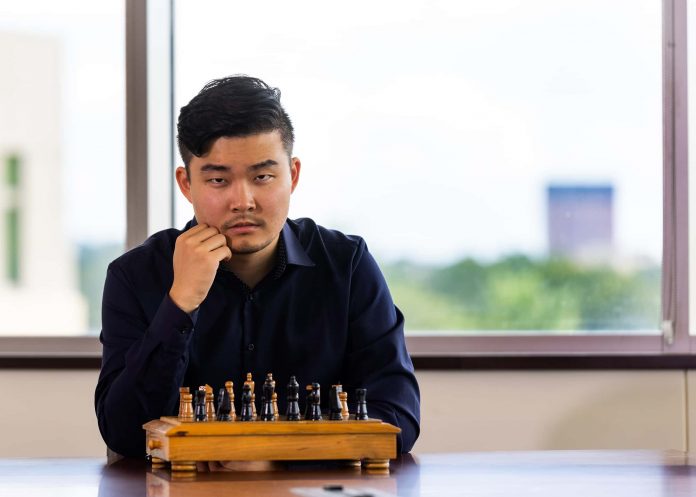 German exchange student Tobias Peng joined Southern for the fall 2021 semester to study Business and Mathematics. Little did he know he would be leaving for Germany again after only a month, to compete in the German National Chess championship.

“I started playing chess when I was 4, turned 5 a week after, and had my first tournament. I still remember how exciting the atmosphere was, how competitive people were and taking home the trophy that was probably bigger than my body at the time,” Peng said.

After chess gained popularity from the Netflix show Queen’s Gambit, Peng said his friends who seemed bored of his chess stories suddenly wanted him to teach them how to play.

Peng recently competed online to win a qualifying tournament for his state in Germany and is seeded 41 out of 58 qualifiers for the nationals. To prep for the tournament he has been playing chess online, studying opening moves and his competitors’ game plans..

“If I do end up winning, my friends can prepare themselves again for voice messages of me screaming my lungs out and I’ll probably take some German snacks back to the U.S. for the folks to try authentic stuff,” he said.