Southern is committed to net-carbon neutrality by 2050. The university's growing reliance on solar energy is part of that effort. 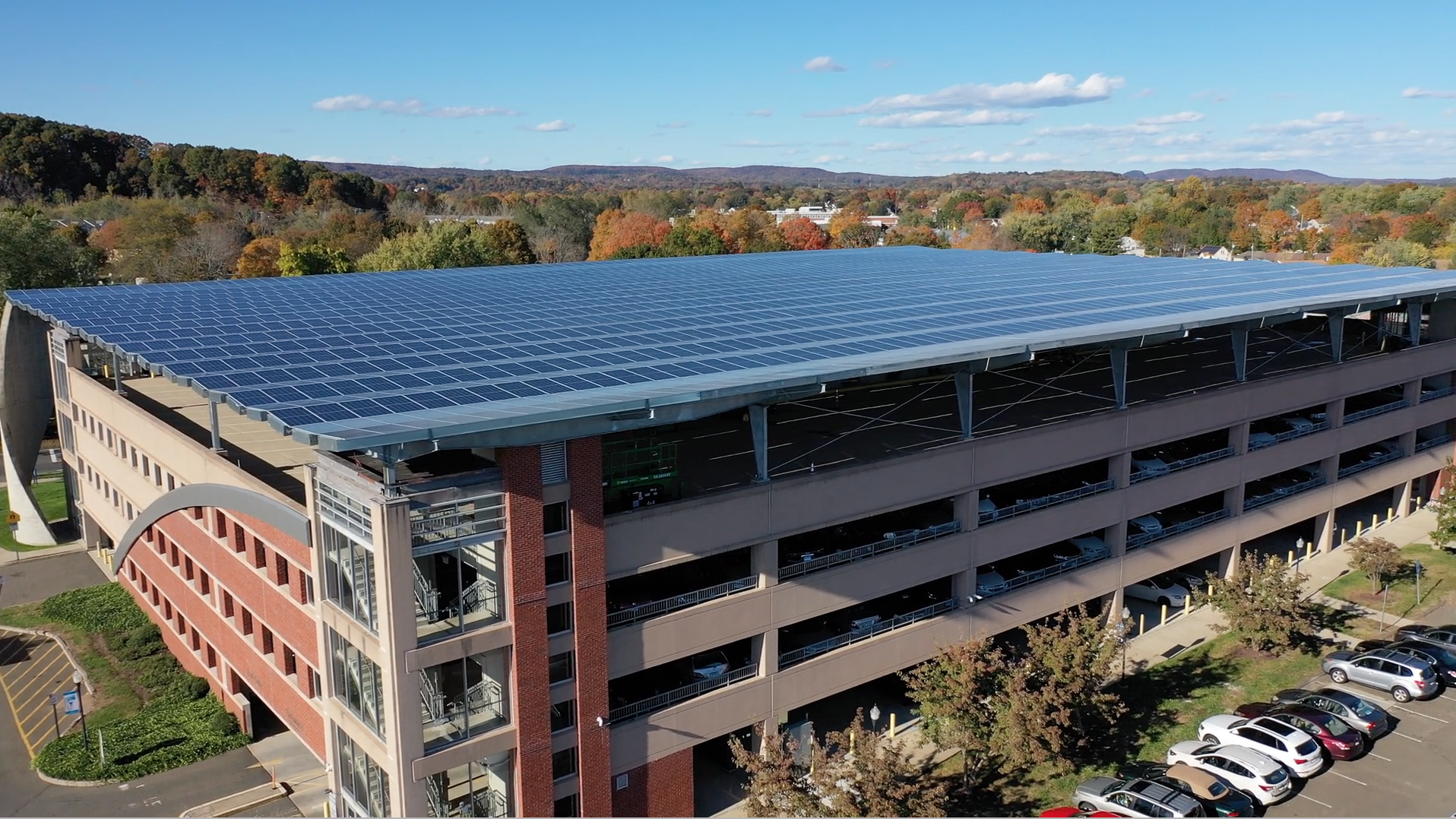 Solar power provides approximately eight percent of the electricity used at Southern — thanks to two multifaceted solar installations on opposite sides of campus. Combined they produce almost 2 megawatts of energy.

The newest solar project, located on the east side of campus off of Fitch St., went online in early 2020 and almost doubled Southern’s solar-generation capacity. It includes two large canopy arrays located above both the Fitch Street parking garage and the adjacent graduate parking lot near Davis Hall.

The initial solar project, installed on the west side of campus and operational since mid-2019, includes more than 3,000 photovoltaic panels. They are installed in three arrays located on: the roof of Wintergreen Garage, a ground mount near Brownell Hall, and a carport in the main parking lot. Click here for a bird’s eye view courtesy of Southern’s new Drone Academy Program.

There were no capital investment or up-front costs to Connecticut taxpayers for either of the projects thanks to a partnership between the Connecticut State Colleges and Universities (CSCU) system, Distributed Solar Development (a GE Renewable Energy venture), and the Connecticut Green Bank. Southern purchases the electricity generated by the panels at significant discount compared to previous utility rates.

How eco-friendly is the rest of Southern’s electricity use? It’s 100 percent green! In 2018, Southern entered a 3-4 year contract for green-e certified electricity with Engie, an energy company, and now pays the same rate as previously contracted for conventional-generation electricity. Southern has lowered its carbon footprint for buildings by more than 50 percent since 2008.