News at Southern
HomeFacultyHistory of the American Asylum -- Reality vs. Lore
FacultyFeaturedResearchSchool of Arts and SciencesSocial Justice

History of the American Asylum — Reality vs. Lore 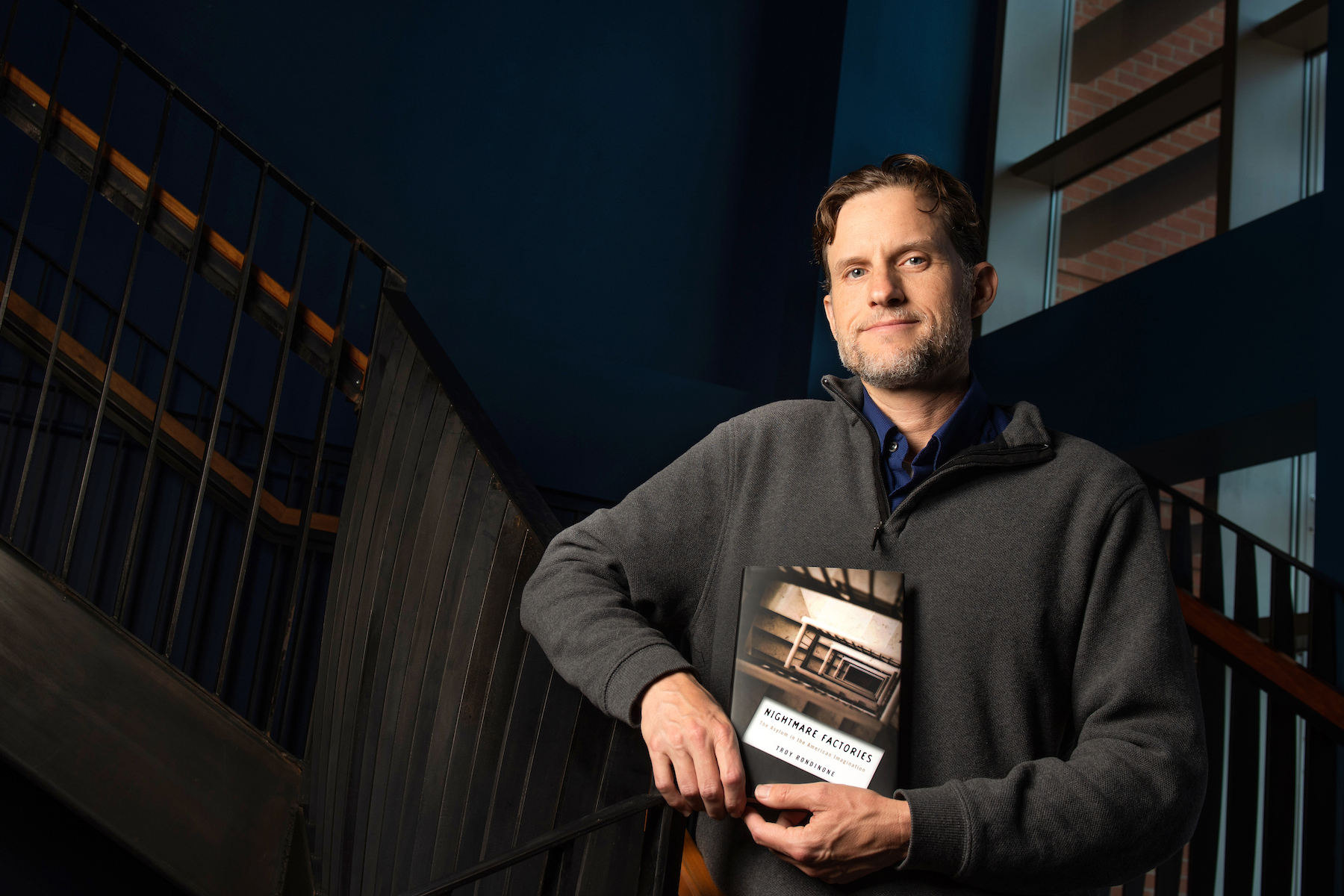 Madhouse, funny farm, psychiatric hospital, loony bin, nuthouse, mental institution: no matter what you call it, the asylum has a powerful hold on the American imagination. Stark and foreboding, these institutions symbolize mistreatment, fear, and imprisonment, standing as castles of despair and tyranny across the countryside. In the “asylum” of American fiction and film, treatments are torture, attendants are thugs, and psychiatrists are despots.

The book focuses on how the asylum has been portrayed though movies, novels and other media, exploring the effect that these portrayals have had on American culture and the stigma of mental illness.

Beginning with Edgar Allan Poe’s 1845 short story “The System of Dr. Tarr and Prof. Fether,” Rondinone surveys how American novelists, poets, memoirists, reporters, and filmmakers have portrayed the asylum and how those representations reflect larger social trends in the United States. Asylums, he argues, darkly reflect cultural anxieties and the shortcomings of democracy, as well as the ongoing mistreatment of people suffering from mental illness.

Nightmare Factories traces the story of the asylum as the masses have witnessed it – often as dark, scary places, where patients are tortured with their “treatment.” This scenario is partly true and partly exaggerated, according to Rondinone, who shows how works ranging from Moby-Dick and Dracula to One Flew Over the Cuckoo’s Nest, Halloween, and American Horror Story have all conversed with the asylum.

Drawing from fictional and real accounts, movies, personal interviews, and tours of mental hospitals both active and defunct, he has uncovered a story at once familiar and bizarre, where reality meets fantasy in the foggy landscape of celluloid and pulp.

Rondinone also points out that today’s mental health institutions are not like the scary places associated with the American imagination. But he said that unfortunate mantle has fallen to some of America’s contemporary prisons, particularly those where inmates are forced to stay in solitary confinement for 23 hours a day.

Rondinone has discussed this topic with the media, including a recent conversation on WSHU radio.

He also has been writing a series of blog posts for Psychology Today magazine – exploring the history of mental institutions in America, their portrayal in pop culture and the impact that they have had on the American psyche and culture.

And most recently he wrote a perspective piece for The Washington Post: “Scary asylums are a Halloween classic, but it’s time to retire the trope: It’s hurting those suffering from mental illness.”