Digging In for the Summer at Connecticut’s Oldest House 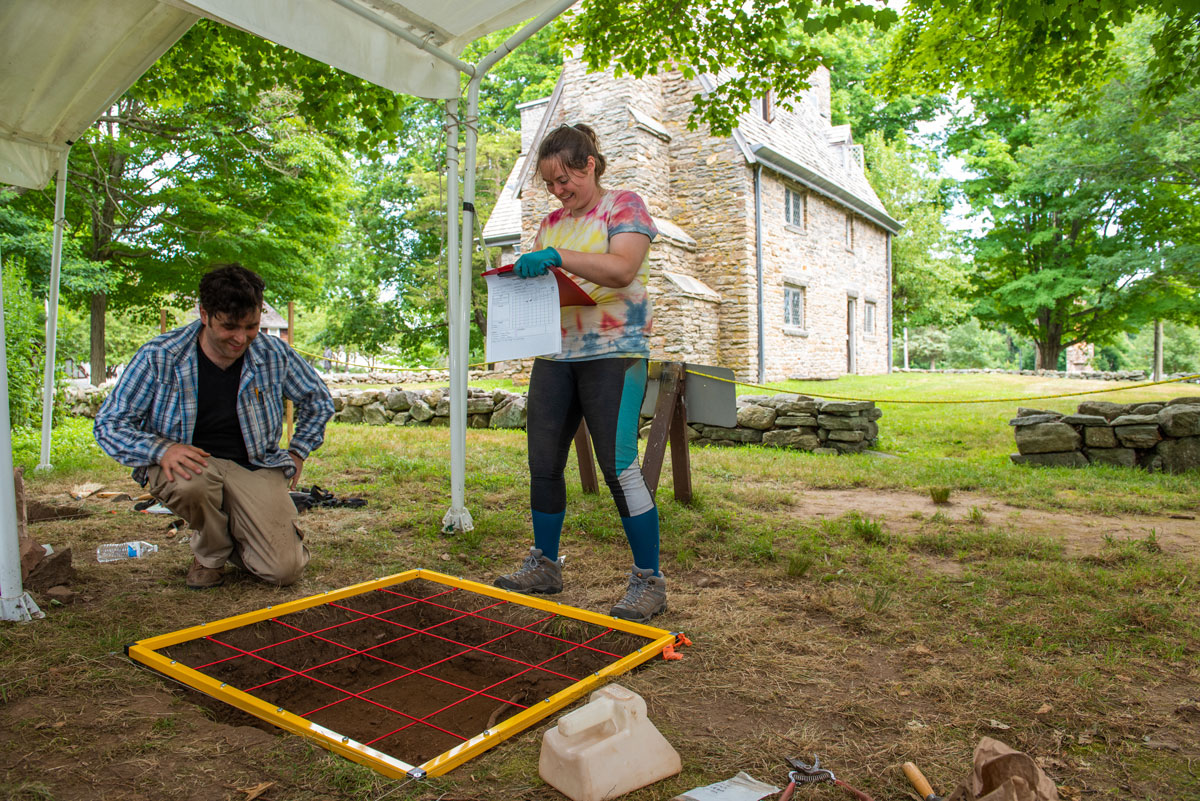 Anthropology students this summer have been exploring what lies underground on the property of the oldest house in Connecticut – the Henry Whitfield House State Museum in Guilford.

Under the direction of William Farley, assistant professor of anthropology, the students have been engaged in an excavation project that has turned up pottery, smoking pipe fragments, toy soldier body and other domestic artifacts dating as far back as the 18th century. An English gun-flint, estimated to be from the 17th century, also has been found.

The Whitfield House was built in 1639. It originally served as the home for the family of Henry Whitfield, and was sold 20 years later. It became the first state museum in Connecticut, and is considered to be the oldest stone house in New England.

“First and foremost, this collaboration between the museum and SCSU is an opportunity for two state institutions to work together to train archaeologists of the future,” says Michael McBride, museum curator.

“Secondly, it provides the public with the opportunity to see what archaeology is all about and how valuable the data and artifacts that are found contribute to piecing together the history of the site,” McBride adds. “Thirdly, we are hoping that this brief field school will contribute info on land use and land change over time.  The findings will be added to previous excavation information and applied to the historical timeline that we are still putting together.”