Board of Regents Names Distinguished Art Historian as CSU Professor 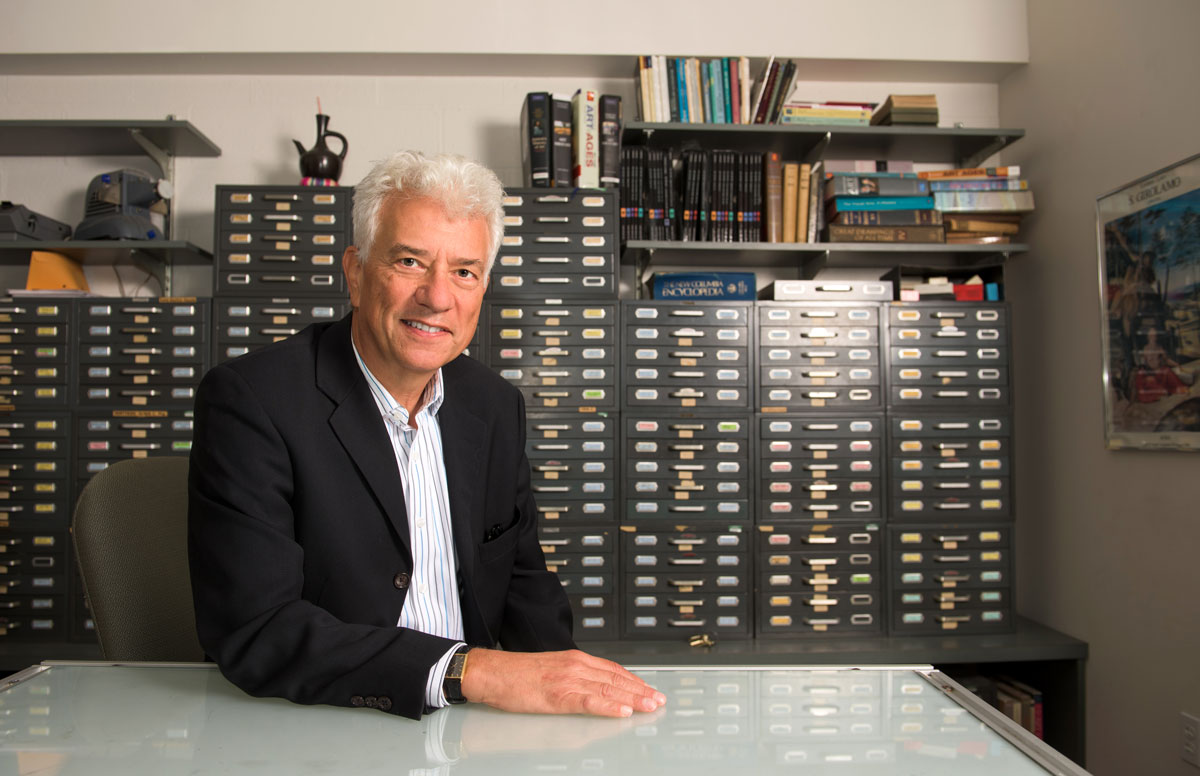 David Levine, chairman of Southern’s Art Department and an expert on art history, has been selected for one of the most prestigious faculty awards within the Connecticut State Colleges and Universities system.

The state Board of Regents for Higher Education on Tuesday bestowed Levine with the title of Connecticut State University Professor. Southern, Central, Western and Eastern Connecticut State universities each can have up to three such professors. It is awarded in recognition of excellence in the areas of creative activity (research), teaching and service, and includes a peer review process.

Levine fills an SCSU vacancy left by the recent retirement of Joseph Solodow, professor of world languages and literatures. He joins Vivian Shipley, professor of English, and Terrell Ward Bynum, professor of philosophy, as SCSU’s contingent of CSU Professors.

“During his long and distinguished career at Southern, (Levine) has received international acclaim as a scholar, in particular for his research on the Dutch and Flemish artists working in Rome during the Baroque era,” said SCSU President Joe Bertolino in his nomination letter. “His particular interest is in investigating the political dimensions of Dutch painting and the cultural competition with Italy.”

Troy Paddock, chairman of the CSU Professor Advisory Committee, said the committee concluded that Levine met or exceeded the standard of excellence required for consideration in each of the three criteria.

“Dr. Levine’s most significant research has been a new interpretation of the bambocciata, an anti-heroic genre painting style invented by Dutch artists in Rome,” Paddock wrote. “His work has been singularly responsible for a reassessment of the work of these figures.

“To redefine a field is no small achievement. He has co-edited or co-authored three books and written 17 articles, essays or book chapters. He has presented papers in North America and Europe.”

Paddock said Levine’s departmental colleagues and students hold him in high esteem. One former student, Laura Macaluso, wrote: “(Levine) changed my life when he opened his door to me 25 years ago. He was, I now realize, the first art historian I ever met, which means that my path might have been quite different if he had not been all the things he is: kind and warm, quietly brilliant yet at ease with laughter, humble, and genuinely interested in people.”

Paddock added that Levine’s service to the university has been exemplary. “Dr. Levine has served on every committee in the Art Department,” he said. “He played a leading role in establishing the Judaic Studies minor and has served as its coordinator on two different occasions. He is also a valued member of the Honors College and has served on numerous university-wide committees.”