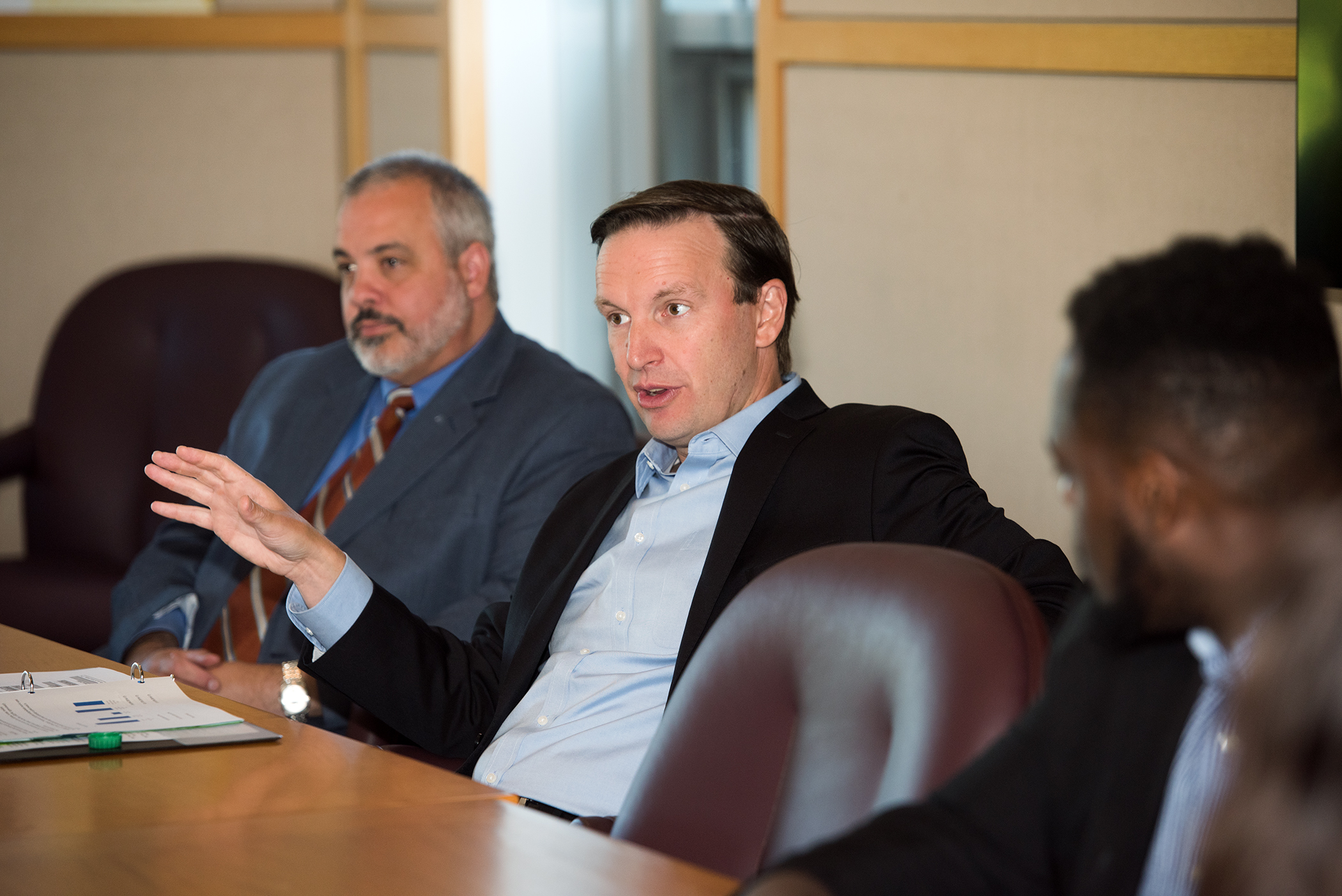 U.S. Sen. Christopher Murphy (D-CT) met with nearly two dozen Southern students on Sept. 1 to discuss issues related to college affordability and other logistical hurdles toward getting a degree.

Murphy outlined his thoughts, as well as listened to the questions and concerns from the students and SCSU President Joe Bertolino. The hour-long roundtable discussion also attracted several staff members who work with students on a regular basis.

Murphy said the percentage of students nationwide who graduate from college in four years has declined in recent years. “Today, the traditional student is someone who is going to class for five to seven years, either full time or part time,” Murphy said. He also noted that the average age of a college graduate is moving closer to 30 years of age.

At the same time, “it is three times as expensive to get a bachelor’s degree today than it was in 1980, and that’s adjusted for inflation,” Murphy said.

Murphy expressed his support for the federal government to provide a free college education, at least for low- and middle-income families.

But he also suggested that it might be time to revamp how degrees are awarded – away from requiring a specific number of credits and toward a system that is based on competencies. In other words, if a student reaches a level of proficiency in a designated set of disciplines, they should be awarded a college diploma, whether it’s through a class or exam. He said that could reduce the time needed to spend in college. “The traditional four-year model is arbitrary based on what people had said it should be many years ago,” he said.

Students raised several issues during the meeting, ranging from frustration with the onerous financial aid forms to mounting costs to the challenges of working and going to school.

President Bertolino noted that the overwhelming majority of students work full time or part time. “(In many respects), we’re a working-class university,” he said.

One student praised the creation of the position of coordinator of student financial literacy and advising to help students navigate the financial challenges of college life. Lew DeLuca serves in that role.

Murphy praised Southern for being ahead of the curve in many respects.