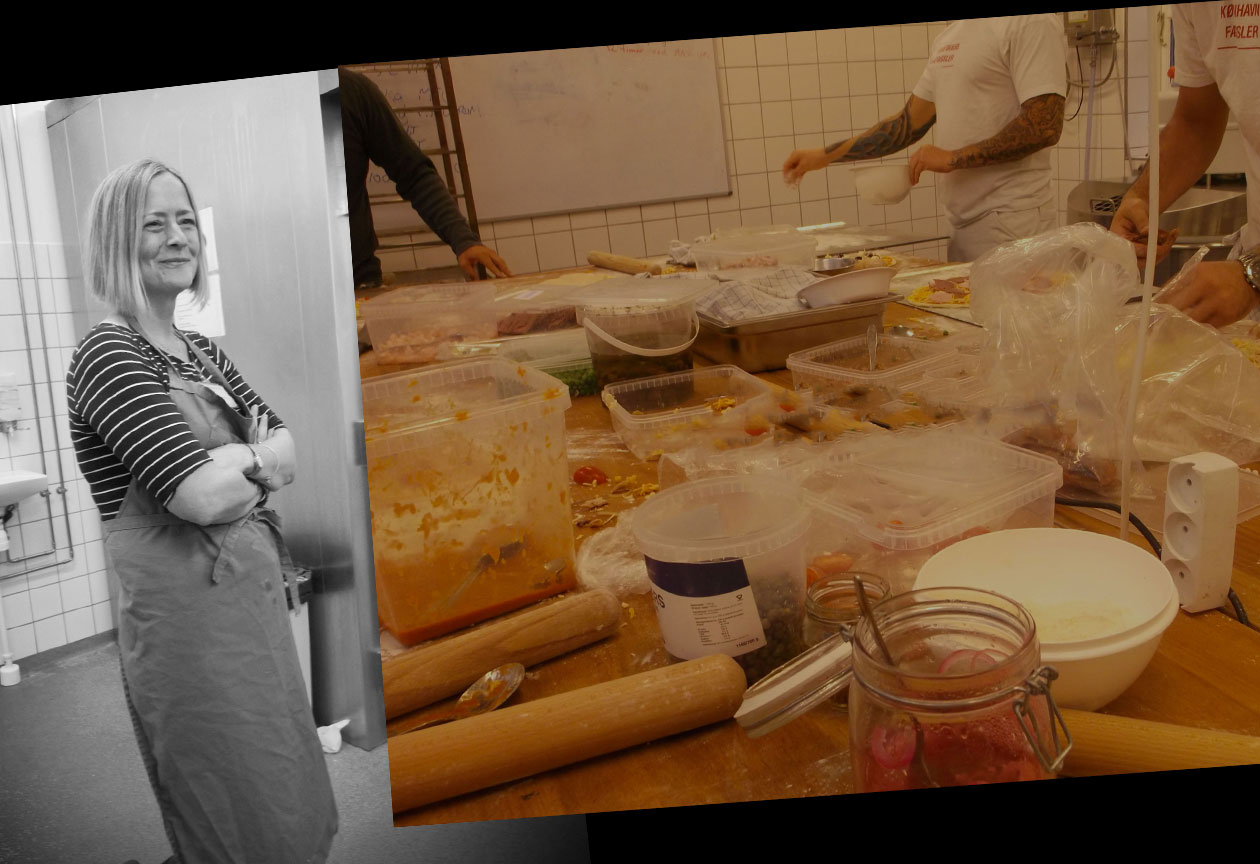 What’s it like to be a woman in prison? Assistant Professor of Social Work Amy Smoyer’s research focuses on women’s lived experiences of incarceration, and she has found that a big part of living in prison is food: the kinds of food that are served, how they are served, how they are prepared, and how women feel about eating them. In her conversations with incarcerated women, she says, one woman told her, “food is what it’s all about in prison,” that “people who have been in prison all talk about the food.”

Before she became interested in the experiences of incarcerated women, and food in particular as part of that experience, Smoyer was an HIV social worker. For her research into the impact of incarceration on HIV risk, she would go to prisons to work with inmates, and through her work with these individuals, she became interested in prison. There’s a difference between lived experience and academic research, Smoyer says. She decided she wanted to look at women’s actual experiences living in prison, and she quickly learned about food’s importance.

It’s not about nutrition, she says. “Food is a tool we use to build identity, place, culture. It’s about a memory of being with family or friends. It’s an important part of our human experience, and we send cues to each other by what we eat.” People in prison are no different than anyone else when it comes to food, Smoyer says. “They use food in the same ways.” Questions like, “Who do you cook with?” and “Who do you eat with?” are important. Food and eating involve trust issues.

When she talks with incarcerated women about the prison cafeteria, Smoyer says, they say things like “the food is like slop”: it tastes, smells, and looks awful. The low quality of the food sends a powerful message to incarcerated people about how they are seen, she says, adding, “Food should send a message that says, ‘I see you as a human being and I’m giving you food that I would eat myself.’”

When Smoyer spent two months as a Fulbright Scholar in Denmark, teaching and conducting research about Danish prison food systems, she saw differences in the role of food in Danish prisons as opposed to American prisons. In Denmark’s prisons, she says there are no cafeterias; instead, prisons have kitchens where inmates can prepare and eat their own food. “It’s about being able to take care of your own body and regain control over your own nutrition, and your own lives.”

Talking to incarcerated women about what food means to them and how they’re taking care of themselves with food, Smoyer says, is a different way to talk about prison, allowing people to see the humanity of those in prison. “We all eat,” she says, so talking about the role of food in prisoners’ lives “humanizes people. People who live in prison are just normal people.”

Smoyer’s interest in the topic of incarceration encompasses more than food. She started off thinking about the massive incarceration of people in the United States and what might be done to reduce the prison population. There’s been a move to release nonviolent offenders, she says, or those who are in prison by mistake, or are in for small charges. “It’s important to remember,” Smoyer says, “the U.S. still has the largest population of incarcerated persons in the world. In Europe, the maximum sentence you can get is 15 years, while in this country you can get a life sentence for drug charges. We have to look at people who have committed felonies. If we want to reduce the number of people in prison, we have to be able to make modifications to our sentencing.” Thinking hard about “when is it enough time?” to serve is necessary if we’re going to have movement, she says.

Forgiveness as a part of reforming the criminal justice system is something to consider, Smoyer believes. “We have to be able to forgive others, ourselves, our country.” In April, she led a panel at Southern on “Breaking Good: The Role of Forgiveness and Atonement in Reducing the Number of Incarcerated Women in Connecticut,” part of the 64 Days of Nonviolence Program sponsored by the Women’s Studies Program. The forum started with a small step, Smoyer says: asking the question, “What does forgiveness mean to you? Can we forgive people for doing horrible things?”

For the panel, she brought in four women who have been impacted by the criminal system, “people who have really struggled with forgiveness and have thought a lot about what forgiveness means.” The forum was about creating a space for formerly incarcerated women to lead participants in a discussion, Smoyer says, adding that movements are most successful when led by people who are most impacted by them. And, she adds, intergroup dialog is how we learn.

The forum followed Smoyer’s participation in January in Temple University’s Inside-Out Training program, whose mission is “to create opportunities for people inside and outside of prison to have transformative learning experiences that emphasize collaboration and dialogue and that invite them to take leadership in addressing crime, justice, and other issues of social concern.” This summer, she launched an Inside-Out undergraduate course (SWK350: Research Methods) at the Manson Youth Institute in Cheshire. This course includes SCSU undergraduates and men at MYI in a transformative learning experience grounded in intergroup dialogue. All students earn three credits towards their bachelor’s degree.

For spring 2017, Smoyer was awarded the Joan Finn Junior Faculty Research Fellowship to work on her portfolio of studies about the lived experience of incarceration. In her project, “Prison at the Margins: Understanding the Intersecting Vulnerabilities of Incarcerated Lives,” she planned to analyze existing qualitative data about the incarcerated lives of two vulnerable populations — people living with HIV and transgender individuals.

Smoyer earned her Ph.D. in social welfare from Hunter College of the City University of New York, her MSW and MPA from Florida State University, and her B.A. in women’s studies from Columbia University. She has been an assistant professor in the Department of Social Work since 2015, after serving as a post-doctoral fellow at the Yale University School of Public Health from 2013 to 2015. For more information about Smoyer and her work, visit her website.