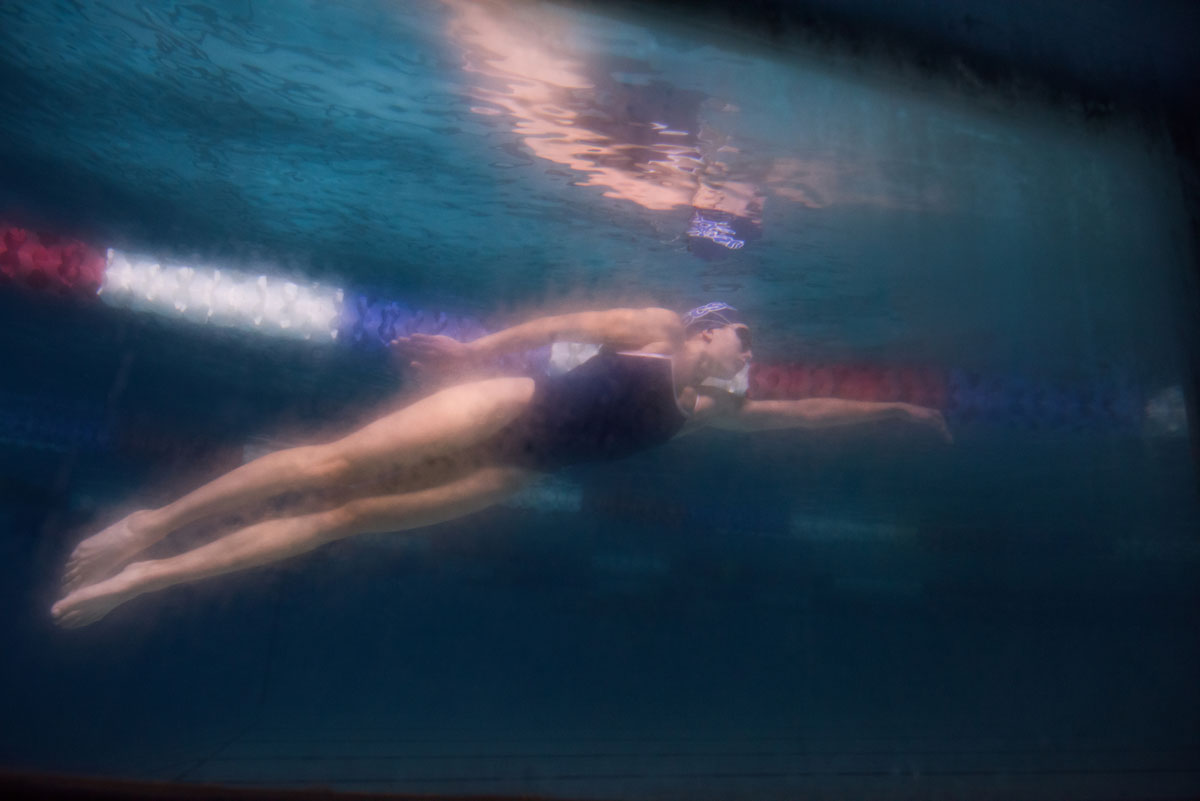 Southern’s men’s and women’s swimming and diving teams will look to continue their dominance of the Northeast-10 when they host the conference championship at Hutchinson Natatorium Feb. 16 to 19.

The men’s team is seeking its 13th NE10 championship title in the past 14 years and seventh in a row.

The women have won 10 NE10 championships in the previous 13 years and have finished in the top three of every single competition.

One of the standout performers on the women’s team is All-American scholar and athlete Katherine Crochet, who won six events at the 2016 conference championship. As a child, Crochet was diagnosed with ADHD (attention-deficit/hyperactivity disorder) and swimming offered a way to channel her energy.

For more on Katherine Crochet and her inspirational journey, see the video and Q and A below:

In the pool: As a child, Crochet was diagnosed with ADHD (attention-deficit/hyperactivity disorder). Swimming offered a way to channel her energy.

Inspiration: “I wasn’t a very good swimmer growing up,” says Crochet, who credits her former Watertown Parks and Recreation coach Paul Catuccio, ’97, M.S. ’01, 6th Yr. ’10, with igniting her competitive spirit when she was in eighth grade. “He told me, ‘If you put some effort in to it, you could be really good.‘ It just clicked,” she says. Today, Catuccio is the athletics director at Watertown High School.

Hit by pre-NCAA Championship Nerves: “I talked to former All American national champion Amanda Thomas, [’13, M.S. ’15] — someone I always looked up to. . . . She told me, ‘You deserve to go. You are just as fast as any of those girls.’

Puppy love: Cares for her own rescue dog, Wesley, and helps her mom, Stacy — owner of Stacy’s Pet Porium — provide foster care for animals. “We have anywhere from 10 to 15 puppies at any one time — all rescues.”

On her Teammates: “We have one common goal this season — winning the NE-10.”