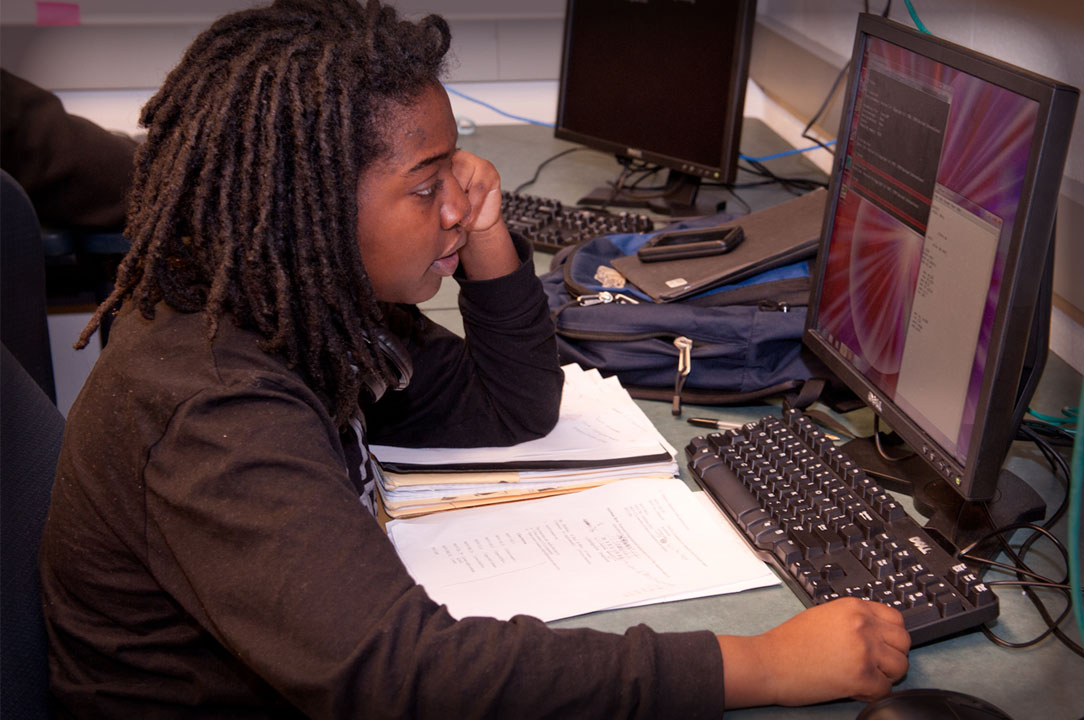 Southern’s efforts to bolster computer science education in the region have caught the attention of the White House.

SCSU is mentioned in a White House fact sheet released Sept. 14 to highlight the efforts of schools and other organizations across the nation that expand access to computer science, particularly at the K-12 level. A summit was held on the same day at the White House to celebrate recent commitments to improve computer science education as part of President Barack Obama’s Computer Science for All initiative.

SCSU had submitted materials to the White House that showcase the university’s push. Lisa Lancor, chairwoman of the SCSU Computer Science Department, and Winnie Yu, a computer science professor coordinating this effort, were notified last Friday that Southern would be recognized.

“It is great to see this national effort to expand computer science offerings at the K-12 level – an initiative that is certainly needed,” said Lisa Lancor, chairwoman of the SCSU Computer Science Department. “We are merely tying in what we’ve been doing, and it is wonderful to see that the White House is recognizing our contributions.

“Being selected by the White House for recognition is a boost to the morale of our students and faculty,” Yu said.

The three principal SCSU projects are:

*A commitment to increase the number of women majoring in computer science at SCSU from the current 13.8 percent to 25 percent within two years. It is part of SCSU’s participation in the National Center for Women in Technology’s Pacesetters program.

*A training program for high school teachers on mobile computing so that the teachers can more effectively teach their students. Mobile computing is being taught in more than 200 schools across the country, including some in Connecticut.

*A mentoring program in which at least 10 Southern computer science students will conduct weekly, after-school mini program lessons in computer programming to 20-30 middle school students at Beecher Museum Magnet School of the Arts and Sciences in New Haven. The program began more than a year ago.

Michael Kuszpa, a middle school science teacher at Beecher, said he is excited that the mentoring program is continuing. He said his students have been learning various 21st century computer coding skills, ranging from building smart phone applications to coding simple computer programs.

“The interaction between SCSU’s students and the middle school students of Beecher has helped spark a much needed interest among our students into the field of computer science — a high demand STEM (science, technology, engineering and math) career field,” said Kuszpa, who also is a student in SCSU’s Ed.D. (Doctor of Education) in educational leadership program.

According to the White House, nine out of 10 parents would like computer science to be taught at their child’s school, but by some estimates, only a quarter of K-12 schools offer a computer science course with programming included. The need for such skills across industries continues to grow rapidly, with 51 percent of all STEM jobs projected to be in computer science-related fields by 2018, the White House said.

Furthermore, some estimates show that three-quarters of U.S. schools do not offer a single computer science course with programming, according to the White House, which adds that lack of access is even worse for communities traditionally underrepresented in computer science and other STEM fields. In fact, the White House said that only 22 percent of students who took the Advanced Placement computer science exam in high school were girls, and just 13 percent were African-American or Latino students.

“Today’s job market, research and development is hungry for computer science-related skills,” Yu said. “We are deeply committed to fostering computational thinking and analytical skills in our students, especially among women and underrepresented groups who might otherwise not consider computer science as a potential career path. To meet these needs, our mission is to provide access, as well as to build inclusive excellence.”