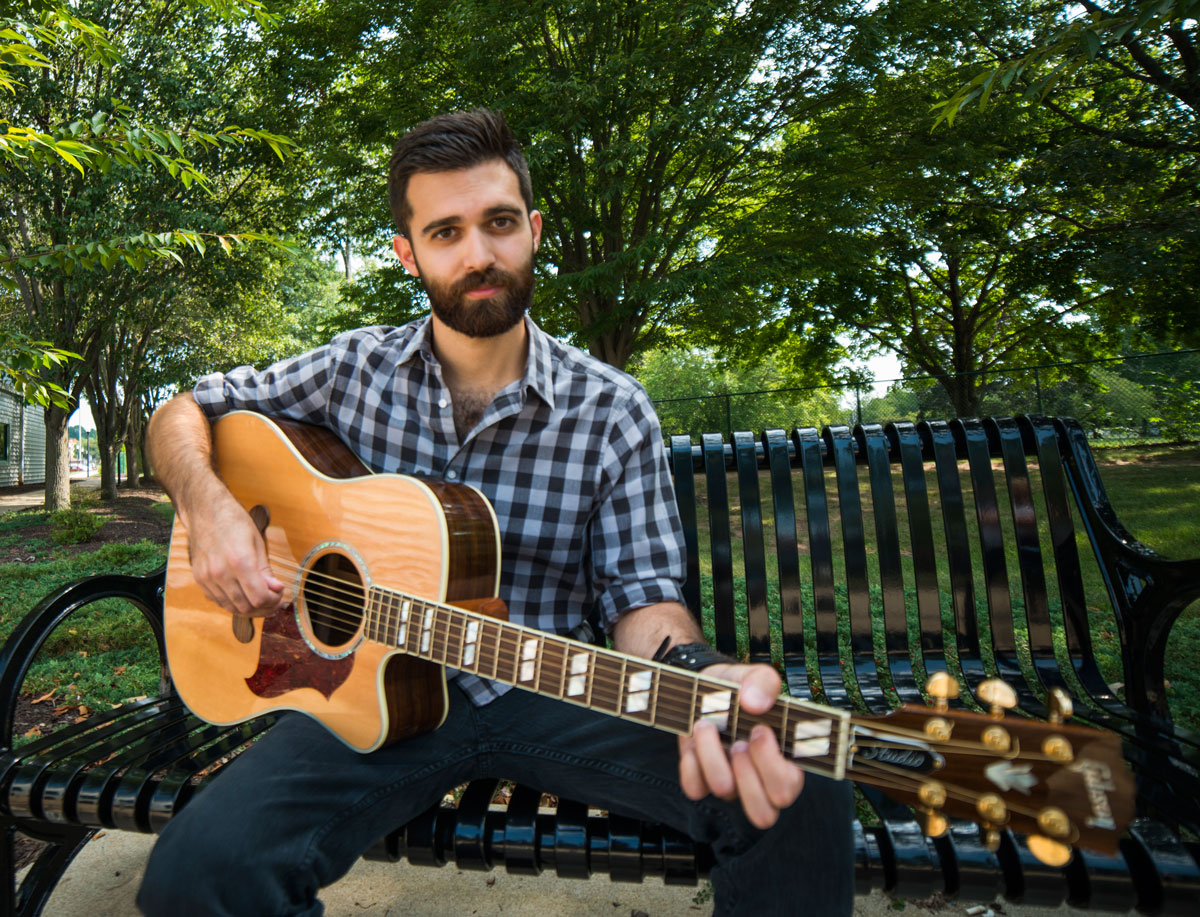 Musician Nick Abraham, ’05, is on the brink. While not quite ready to quit his day job at a local pharmacy, Abraham — the lead guitarist for Connecticut-based band Beach Avenue — is enjoying major success along with band-mates Nick Fradiani (guitar/vocals), Ryan Zipp (drums), Nick Fradiani Sr. (keyboards/vocals), and Jonah Ferrigno (bass).

The band has opened for everyone from STYX, Jefferson Starship, and REO Speedwagon to Third Eye Blind and Bad Rabbits. Twelve million viewers watched Beach Avenue perform on the 2014 edition of “America’s Got Talent.” Even the powers-that-be behind trendy retailer Hollister Co. are fans, featuring the band’s “Feel the Beat” on the in-store playlist, along with hits by megastars Taylor Swift, One Direction, Charlie XCX, and more.

And that’s just the beginning. In May, Beach Avenue’s lead singer Nick Fradiani won season 14 of “American Idol,” with Abraham and Zipp cheering him on every step of the way. Two days after his win, with the show’s full blessing, Fradiani invited the two to help with promotions leading up to the “American Idol Tour.”

The ensuing months were marked by one rock star moment after another. The three performed Fradiani’s hit single “Beautiful Life” in Times Square for VH1. Soon after, the guys traveled to Nashville to film the song’s official video. Later, it was off to Vancouver, Canada, to perform at the FIFA World Cup the day before the U.S. women’s team captured the trophy. A summer update on Beach Avenue’s Facebook page sums it up nicely: “We hopped on 9 flights in 11 days totaling well over 10,000 miles traveled.”

Far from an overnight sensation, Abraham has been a hard-working musician throughout most of life. His early childhood memories include listening to his mother sing and tirelessly banging on the pots and pans she gladly provided. Following in his father’s footsteps, he began playing drums at age 10 and went on to master more instruments — including the guitar, the mandolin, and the glockenspiel.

He joined his first band at 13. Others followed, and while Abraham initially planned to become a music teacher, he gradually realized that he wanted to be a professional musician.

At Southern, he majored in music, playing in numerous university ensembles. He notes that Mark Kuss, professor of music, was particularly inspirational. “He is an incredible pianist and composer. . . . He really inspired me and taught me a lot. I think he understood what I was looking to do with my music — and that really made a big difference.”

Scholarship support was helpful as well. Abraham received the Bellmore Family Scholarship, which benefits students who are majoring in music at Southern. “I was a musician myself,” says Roger Bellmore, who studied communication at Southern, and paid his way through school by playing in a rock band. “The cost of going to school has gone up significantly since I was a student,” Bellmore continues. “We wanted to make it a little easier for a musician, so he or she could focus more on music and classes.” He and wife, Sharon, have two sons, Nick and Charlie, both professional musicians. The latter majored in music at Southern.

Abraham notes that the scholarship met the Bellmore family’s objectives.

“The scholarship was huge in two ways,” he says. “First, in the financial sense, it was a big help. But it also was a big motivation. You feel like you have some support. . . . It’s an inspiration. It says ‘Okay, you are doing well, and you should continue down your path.’”

That path eventually led Abraham — then a Southern student — to successfully audition for a band that included drummer Ryan Zipp. When their lead vocalist left, Fradiani joined on and Beach Avenue was born, named after the Milford, Conn., street where the group got its start.

With only a few practice sessions under their belts, Beach Avenue went on to win Mohegan Sun’s Battle of the Bands in 2011, besting those who had been playing together for years. “Our prize winnings allowed us to put together a CD,” says Abraham.

An invitation to compete on “America’s Got Talent” in 2014 thrust the band into the national spotlight. The group played original music — typically not a winning formula for the show — and still made it through two rounds before being eliminated. “Howie Mandel wasn’t into it,” Abraham says with a smile. Fortunately, others were. “We were upset at the time. But when everything aired on TV, we had this huge response. . . . The song we played charted on ITunes. Social media exploded. So we were thrilled,” Abraham says.

Soon after, Fradiani auditioned for and was ultimately crowned the winner of “American Idol.” “We were really proud and happy for him. He’s our best friend about to win this incredible tournament,” says Abraham of watching the competition.

Fradiani, in turn, was quick to share the stage. Leading up to the show’s final weeks, the remaining competitors each had a homecoming parade and concert, and Beach Avenue was invited to play for the 10,000-plus fans gathered on the Guilford Green in Connecticut.

More surprises followed, with “American Idol” flying Abraham and Zipp out to watch the finale in person. There, Abraham was brought on stage so that Fradiani could introduce him to the world as his music mentor. Both Nicks were presented with cars from Ford. “I felt like I was on a game show. You don’t think things like that happen,” says Abraham, all smiles, shaking his head incredulously. “But they do.”