News at Southern
HomeAchievementsTheatre Department Production to Be Presented at Kennedy Center American College Theater...
AchievementsFeaturedOn CampusOut and About 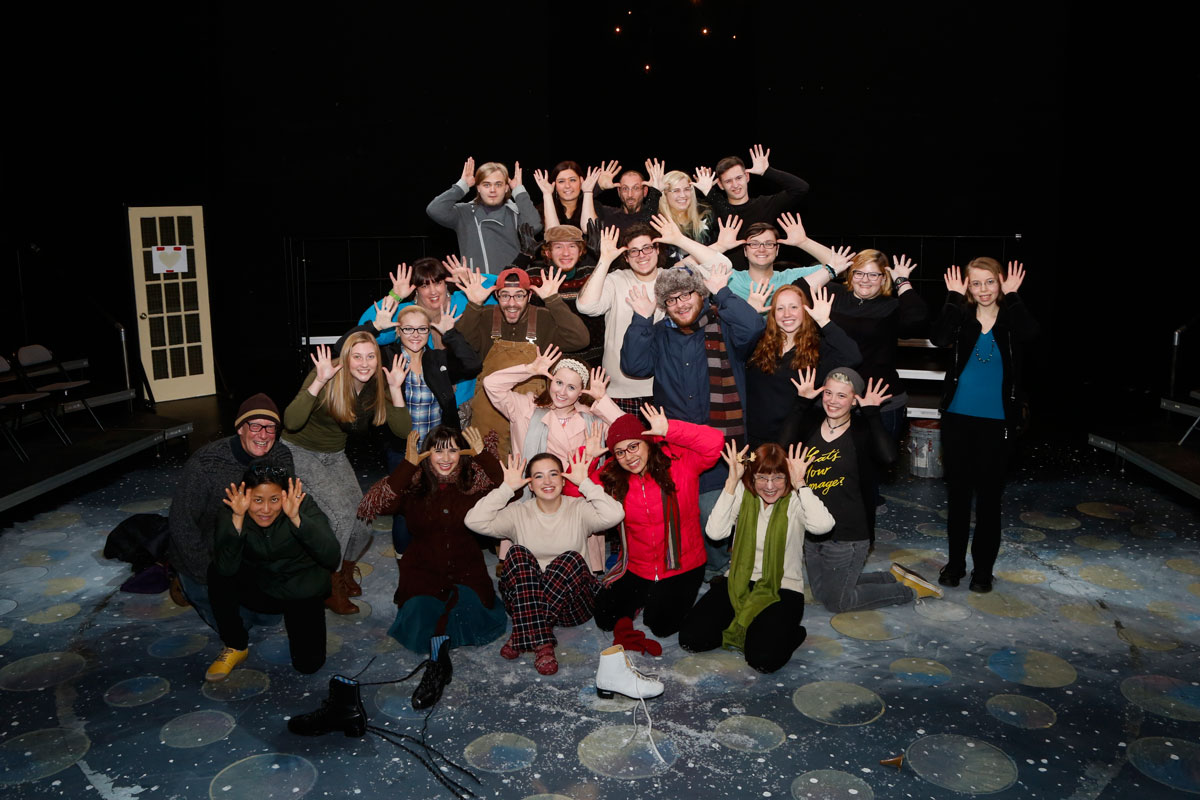 For the second year in a row, a Theatre Department production has been selected for presentation at the John F. Kennedy Center American College Theater Region I Festival (ACTF). The December production of “Almost, Maine” is this year’s New England Region I winner and will be staged at the festival in late January 2016 at Western Connecticut State University. Directed by Theatre Professor Sheila Hickey Garvey, “Almost, Maine” was one of six productions selected for presentation out of almost 150 submissions entered from colleges across New England and New York.

Garvey describes the play as “a delightful comedy/romance with cosmic overtones” and says the invitation to perform at the festival is “a great honor.” Written by playwright and actor John Cariani, the play has a small cast of eight and a minimal set, designed for the SCSU production by Theatre Professor John Carver Sullivan, who also designed the costumes. There will two performances of “Almost, Maine” at the festival on Friday, January 29, at 2 p.m. and 8 p.m.

The play portrays 20 different residents living in a tiny mythical community located in Northern Maine. At 9 p.m. on December 21, during an occurrence of the Aurora Borealis or Northern Lights, select community members are mystically gifted with a very special opportunity, one that affords them the chance to renew their lives and live them with an open heart.

“Almost, Maine” was developed at the Cape Cod Theater Project in 2002, and received its world premiere at Portland Stage Company, where it broke box office records and garnered critical acclaim. It opened off Broadway in the winter of 2005-2006 at the Daryl Roth Theatre and was subsequently published by Dramatists Play Service. To date, “Almost, Maine” has been produced by over 2500 theater companies in the United States and by over a dozen companies internationally, making it one of the most frequently produced plays of the past decade.