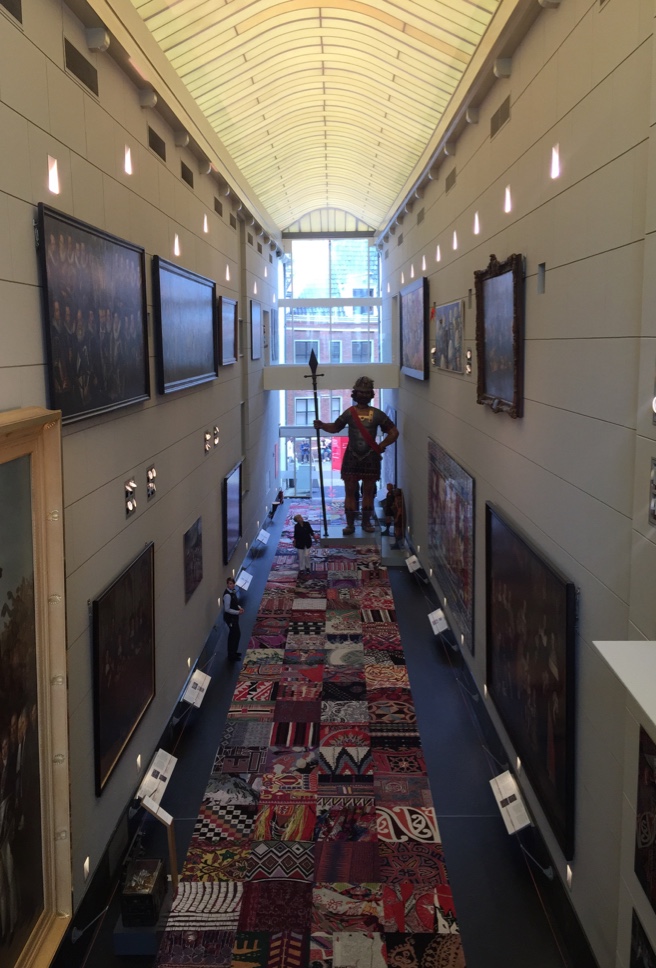 You may or may not already know, but Amsterdam is one of the most fascinating places to visit. Why? Amsterdam is rich in culture, historical monuments, and politics.

Today in class we focused a lot on religion and politics in the Netherlands. Our guest speaker, David J. Bos, Ph.D., took us on a journey through the history of Amsterdam. Some interesting aspects I learned were the differences between religions, and how religion plays a major part in today’s votes for office, such as parliament. Pillarization (a separation of society) still takes place even today. In comparison, one might look at the requests catholic, orthodox protestant, socialists, and liberal protestants made when demanding that their religion deserve the most privileges – good education, health care, and media were the aspects each religion had most in common. Throughout the ages, segregation and religious battles continued. Today anyone can vote for parliament, providences, and the European parliament.

Amsterdam has come a long way from hundreds of years ago. After class we winded down and ate a short lunch in the University of Amsterdam’s cafeteria. Later, we visited the Museum of Amsterdam. There were audio recordings, which talked about the history of Amsterdam, as well as rooms that depicted modernized culture and artwork. Spoiler alert! Inside the museum are many artifacts and knowledge about gay heritage, and the effects of Amsterdam’s drug and brothel culture. As the night ended, we came together as a group and chatted in the courtyard of our dormitory, then took a walk to get a “late night” snack near the infamous Red Light district. 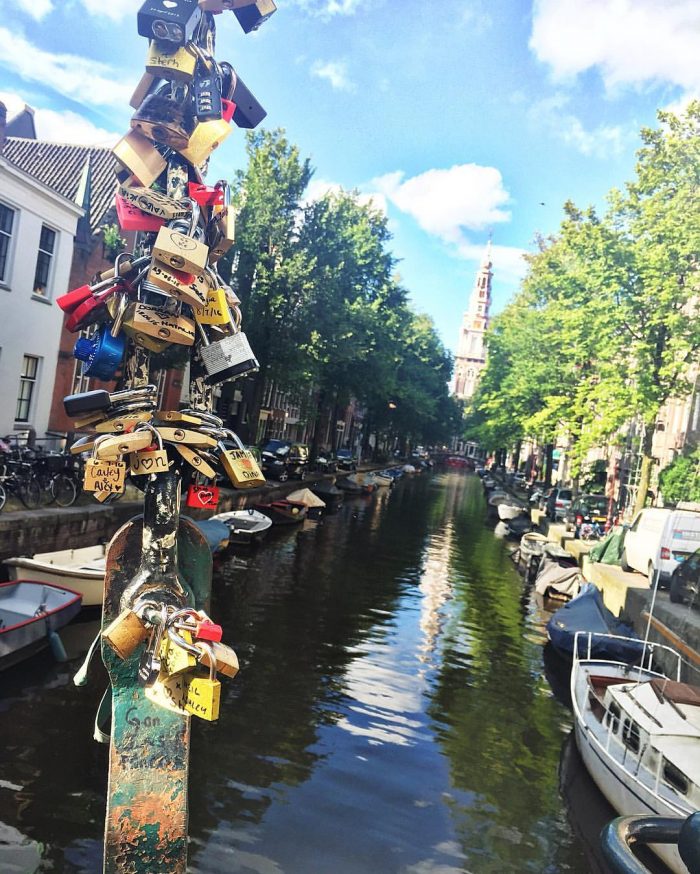 We’ve been here since Friday and the weekend gave us all a great opportunity to get the lay of the land and explore different parts of the city.  Settling in and getting comfortable for the month-long classes, we all have been talking about what we’ve seen and how interesting the Dutch people and their culture are.

The most interesting thing to me so far is how many bikes there are and the many different and creative ways I’ve seen people riding them. There have been some bikes with single riders while on other occasions, there have been one bike with three people on it: the person peddling, a small child on the back wheel, and another on the handle bars.

Since getting here, we’ve explored many different restaurants and tried many new foods.

Today marked our first day of actual class and we got to meet Mirjam, the program director here at the University of Amsterdam. She gave us an introduction to Dutch life, told us what to expect from the program, and gave us our welcome packets of information. She talked a little about how that the Dutch built Amsterdam on the sea and we are actually below sea level.

We reconvened after lunch to discuss our overall experience so far here in the Netherlands and specifically what we are going to learn about. We got our first reading assignment and are all set to kick off tomorrow with our first guest speaker!

The Netherlands plays an important role in advancing human rights and principles of social justice, and in this month-long study abroad experience, students are seeing first-hand how these policies affect both local and global contexts.

While boarding in the city center, students are attending classes at a state of the art facility in Amsterdam. Much of the learning and discovering, however, is taking place in the museums, along the canals, and in front of the monuments of Amsterdam and other cities of the Netherlands.

This is Southern's first trip to Amsterdam! Follow us on Snapchat: southernscsu.