Norbert Tavares, '06, continues his commitment to science and social justice at the Chan Zuckerberg Initiative. In addition to saving a life, he hopes his decision to donate a kidney raises awareness about the need for diversity in research and organ donation. 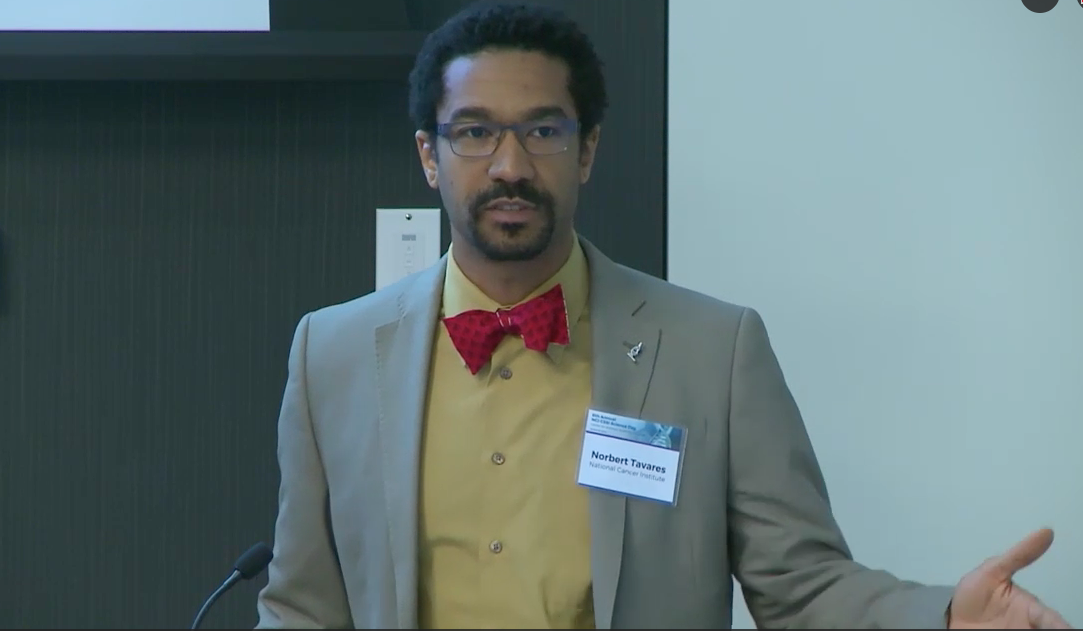 The Chan Zuckerberg Initiative — the philanthropic organization established in 2015 by the Facebook founder and his wife to solve some of society’s most pressing problems — is a fitting work base for Norbert K. Tavares, ’06, a scientist committed to working for the greater good.

Tavares joined the initiative in 2019 as a microbiologist and program manager. His on-the-job responsibilities range from supporting the Human Cell Atlas project — an international effort to map all of the cells in the human body — to managing a grant portfolio of more than 67 projects, representing researchers in 30 countries.

But in November he’s taking his commitment to a new level, donating his kidney to an unknown recipient. People.com reported on Tavares’ decision to undergo surgery on Nov. 16. The prospect of saving a life is its own reward, Tavares says in the article. But he also hopes to raise awareness of the need to increase diversity in medical research.

“`Part of my job has been to develop programs and increase the participation of people of color in research. It’s one thing to do that, it’s another thing to live it,’” he says in the People article published on Nov. 5.

Ironically, Tavares initially was discouraged from studying biology while attending a college in Florida. Instead, his advisers stressed what they viewed as “hot majors” like computer science. But when Tavares transferred to Southern, he found the support he needed in Nicholas Edgington, professor of biology.

“He was the first academic adviser I had at three separate institutions who actually gave me good advice specific to my desires [to become a biologist],” said Tavares in a 2019 interview with Southern Alumni Magazine. At Southern, Tavares worked in the lab with Edgington and was awarded a highly competitive grant from Sigma Xi, the Scientific Research Society, after his professor nomination him for membership. “I owe a great deal to Dr. Edgington,” said Tavares in that earlier interview.

Today, he continues his commitment to science and social justice at the Chan Zuckerberg Initiative and in his personal life. Commenting in the People article, he says: “`People of color have real and genuine legitimate apprehensions about participating in research because of historical misdeeds and oversights. . . . Telling my story in a way that can help motivate others and help people that look like us is an important thing that I’ll continue to try to do.'”