Kevin McNamara, clinical director emeritus of the Department of Communication Disorders, has devoted decades to his clients, peers, and profession. Post-retirement, he continues the tradition by establishing a scholarship to support graduate students in the field. 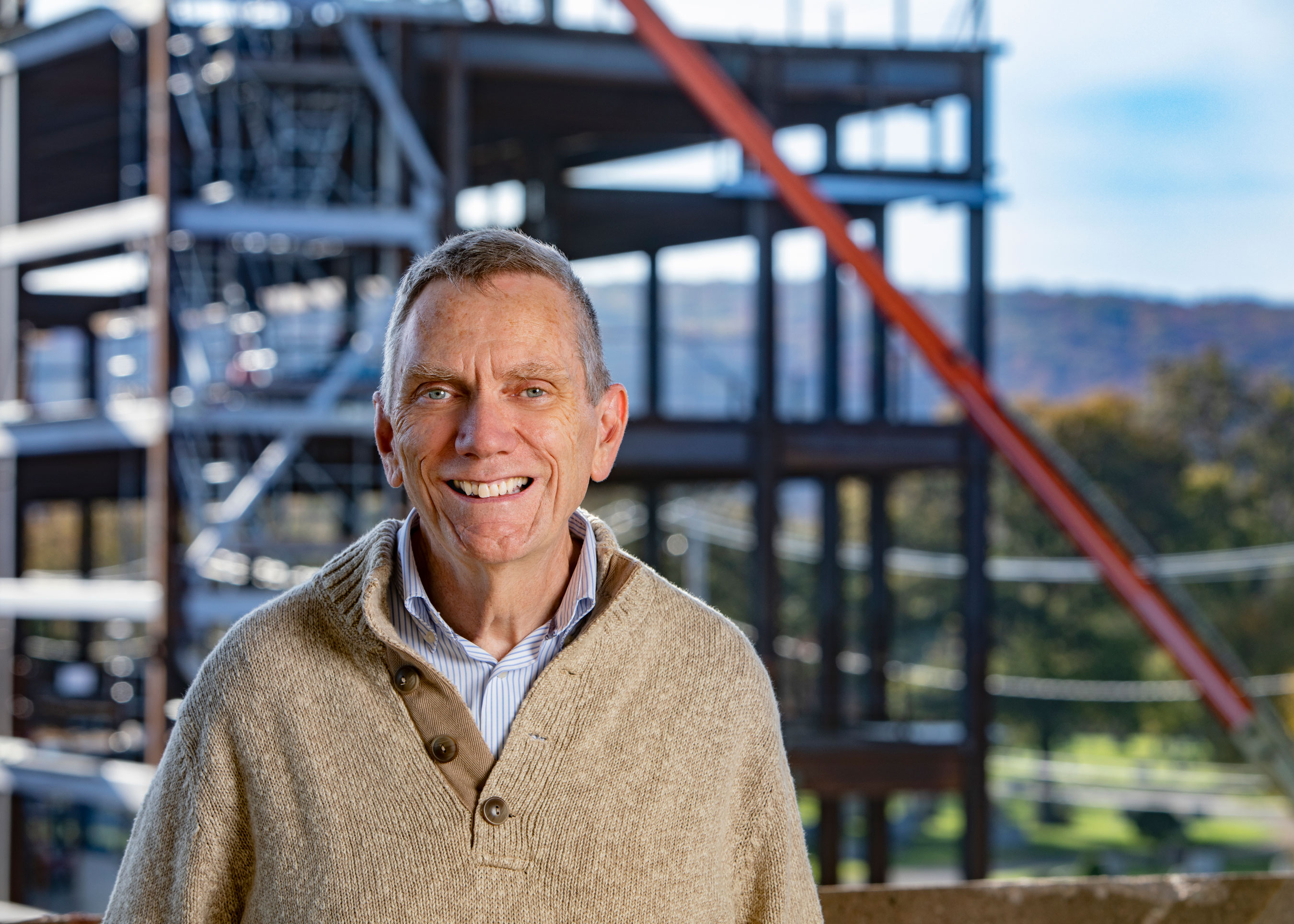 Kevin McNamara was still figuring out what he wanted to do with his life when he arrived at Montclair State College in New Jersey as a freshman in the early 1970s. But he always knew that whatever career he chose, it would be a helping profession. “I knew I wanted to do something that served a greater cause — that wasn’t mercenary but could maybe someday make the world a better place,” he says.

McNamara has lived out that aspiration with a long and distinguished career in the field of speech and language pathology, retiring in September after 20 years leading Southern’s Center for Communication Disorders. He’s spent the better part of three decades helping people fulfill one of the most basic and powerful human desires: the ability to communicate and be understood.

Now, he is helping Southern students carry on his legacy. In the fall of 2020, McNamara established the Kevin M. McNamara Endowed Scholarship at Southern, which provides financial support to a promising second-year student in the speech and language pathology graduate program.

But he also has a larger goal in mind: chipping away at a national shortage of qualified speech and language pathologists, who are needed to meet rising demand in hospitals, rehabilitation centers, private practices, and especially schools. The employment outlook for speech and language pathologists is expected to increase by 25 percent from 2019 to 2029, according to the U.S. Bureau of Labor Statistics. In comparison, the average growth rate for all occupations is 4 percent.

Despite the outstanding job outlook, for students intent on entering the field, “it’s a tremendous amount of work and a tremendous amount of debt in a lot of cases,” says McNamara. “The scholarship is one little thing to help make it easier for a hardworking, committed student to make it through the program,” he says.

Students in Southern’s master’s program complete between 67 and 72 credits, comprising both academic courses and clinical experience. McNamara notes that many are paying their own way through school. “Ultimately, if they’re successful, they go out into the community and people with disabilities are served better,” he explains. “It [funding the scholarship] becomes a social justice issue.”

McNamara grew up “down the shore” in Atlantic Heights, N.J, and “stumbled into” his life’s passion by accident, while casually browsing through a college course catalog. “I really wasn’t familiar with the field,” he recalls.

“But I read a description [of the communication disorders program], and it talked about language and linguistics and psychology and service.” It meshed perfectly with his interests, checking all the boxes for his ideal job. “So I signed up for it, and the journey began,” says McNamara.

After graduating from Montclair, a school that was similar in size  and mission to Southern, he moved to Connecticut to enroll in the University of Connecticut’s graduate program in speech and language pathology, and never looked back.

He landed his first full-time job with the state after grad school with what is now the Department of Developmental Services, where he served as a therapist and clinical coordinator in residential programs for people with severe developmental disabilities. The job wasn’t solely about helping his clients be able to communicate, he says, but also “helping the world around those folks understand their potential and worth.”

Today, he lives with his husband, Michael Sayers, in the Beaver Hills section of New Haven, right next to Southern’s campus. “I used to walk to work, and still view the campus as part of my neighborhood,” he says.

McNamara’s Southern story began in 1992, when the late Sandra Holley, then-chairperson of Southern’s Department of Communication Disorders, recruited him as an adjunct professor and to help run the department’s diagnostic clinic. Her recognition of McNamara’s talent was telling. Holley, who later became Southern’s dean of graduate studies, was an expert in the field. During her lifetime, she served as president of the American Speech- Language-Hearing Association (ASHA) and received the Excellence in Communications Award from Howard University in 1987 and the Distinguished Alumnus Award from George Washington University the following year.

McNamara seized the opportunity to come to Southern. He worked for six years in those initial roles while continuing in his state job until being elevated to full-time clinical director for the department in 1998. The clinic served about 130 clients per week prior to the COVID-19 outbreak. It remains open, but is operating at a reduced capacity due to the pandemic.

Jennifer McCullagh, the current chair of the Department of Communication Disorders, says she “can’t even begin to talk about all that [McNamara] did for our program. Because he’s managed to do so much. There are only 24 hours in a day,” she continues.

She says her colleague was known for being generous with his time, whether it was for his clients, his students, or the faculty members he’s mentored over the years. “He’s skillful at empowering people to maximize their own potential — or even to see their own potential,” she says.

McNamara also left his imprint beyond Southern’s borders through his leadership in national and international professional organizations. He chairs a committee of the Council of Academic Programs in Communication Sciences and Disorders that’s developing a series of online courses for clinical supervisors and educators.

He was also part of an ASHA team that led a successful push to add enhanced clinical educator training to national speech and language pathology program-accrediting standards. In 2019, the organization recognized his significant contributions to the profession by naming him an ASHA Fellow, one of its highest honors.

But he says his proudest moments are the victories, big and small, that he achieved with his clients. There was the young man whose family was told he’d never be able to speak. “Yeah, you can’t shut me up now,” he told McNamara on the day of his discharge. There was the client with a progressive neurological disorder, who’s gone on to become a public speaker and fierce advocate for residents with disabilities in the state. There was the man who suffered brain damage from a massive heart attack, who was thrilled to go back to work after regaining his ability to speak. “My life’s been full of those kinds of stories,” he says.

Through the scholarship, he hopes to continue to have an impact on the lives of the speech impaired, and to inspire others to be generous in their support of Southern students. “I think sometimes people are reluctant to do things because they know it won’t solve the big problems,” he says.
“But if you do a small positive thing and enough people around you do as well, then momentum starts to grow.”