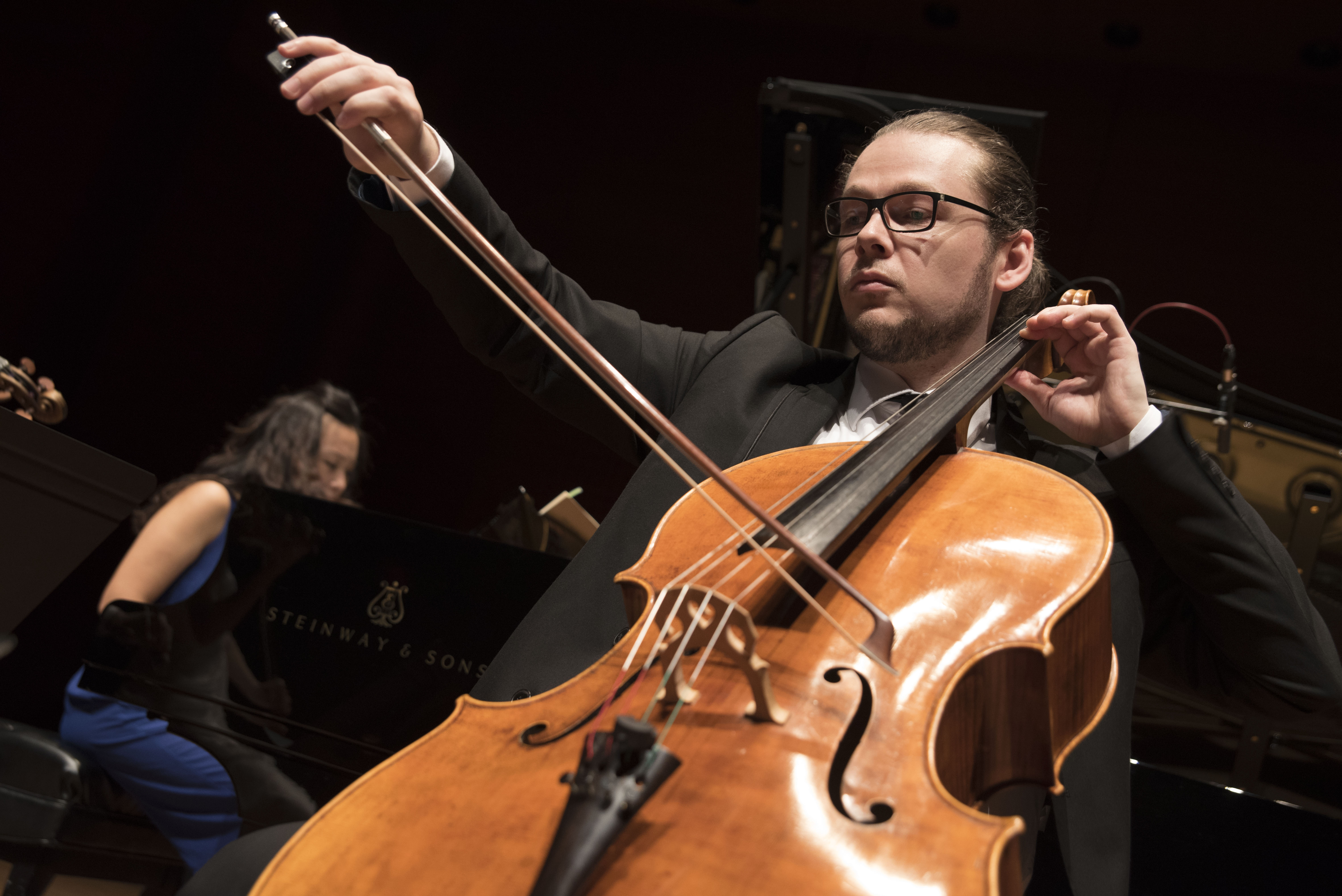 According to family lore, Romania-born cellist, Mihai Marica, ’07, first asked for a cello at age 3, wanting to emulate his talented father. The family held off, presenting Marica with the longed-for instrument on his seventh birthday. Years of training led to stunning accomplishments — including first-place finishes at some of the world’s most prestigious musical competitions and an invitation to study with the late Aldo Parisot, professor of music at Yale University.

“Even though I was very young — 16 — and my heart was functioning perfectly, I almost fainted. That wasn’t in the plans,” says Marica of the invitation to come to the U.S. At Yale, he completed a Certificate in Performance program, a three-year option for those who do not yet hold a bachelor’s degree but are studying their craft at the highest level. If a student goes on to earn an undergraduate degree, he/she can petition to convert the coursework into a Master of Music degree. [Watch Marica perform at the Metropolitan Museum of Art.]

This became the plan for Marica, who enrolled at Southern as an undergraduate in 2004, majoring in music while continuing to study with Parisot. “I have very, very good memories of my experience at Southern,” says Marica, who completed numerous Honors College courses and took musical improv classes.

He also formed close bonds with faculty members. Among them is Mark Kuss, professor of music, who wrote a Cello Concerto for Marica. The cellist premiered the concerto with Orchestra New England at Battel Chapel. The two eventually traveled to Romania to record the piece.

In the U.S., he’s graced the stages of Carnegie Hall and the Lincoln Center for the Performing Arts. Both are “among the highlights of my musical life,” he says.

At the latter, Marica successfully auditioned for the Chamber Society of Lincoln Center’s highly prestigious Bowers Program — an ultra-competitive, three-season residency for outstanding young musicians. He completed the residency in 2015 and, today, often performs as a seasoned artist with the center. Additionally, in 2018, the cellist joined the acclaimed Apollo Trio, which plays throughout the U.S. and Europe.

Marica also is committed to supporting young musicians. He coaches the Julliard Pre-College Program’s cello choir and is set to work with student groups at the Chamber Society of Lincoln Center. In addition, he spends several weeks each summer at the Classical Music Institute, an educational outreach program run by the Chamber Orchestra of San Antonio, Texas. [Watch Marica perform with modern dance master Lil Buck for a youth audience in San Antonio.]

Looking forward, he hopes to travel to Romania — likely performing the six Cello Suites by Johann Sebastian Bach for the first time. “It is a big project, but also one of the most exciting things I can do as a cellist,” he says of practicing the suites. “I will come to learn many new and useful things from this experience. Spending time with myself, my instrument, and this great music.”