Southern's Black Student Union (BSU) has supported students, alumni, and the community-at-large for more than six decades. A newly endowed scholarship forwards that important work — while honoring Barbara Matthews, one of the BSU's first advisers. 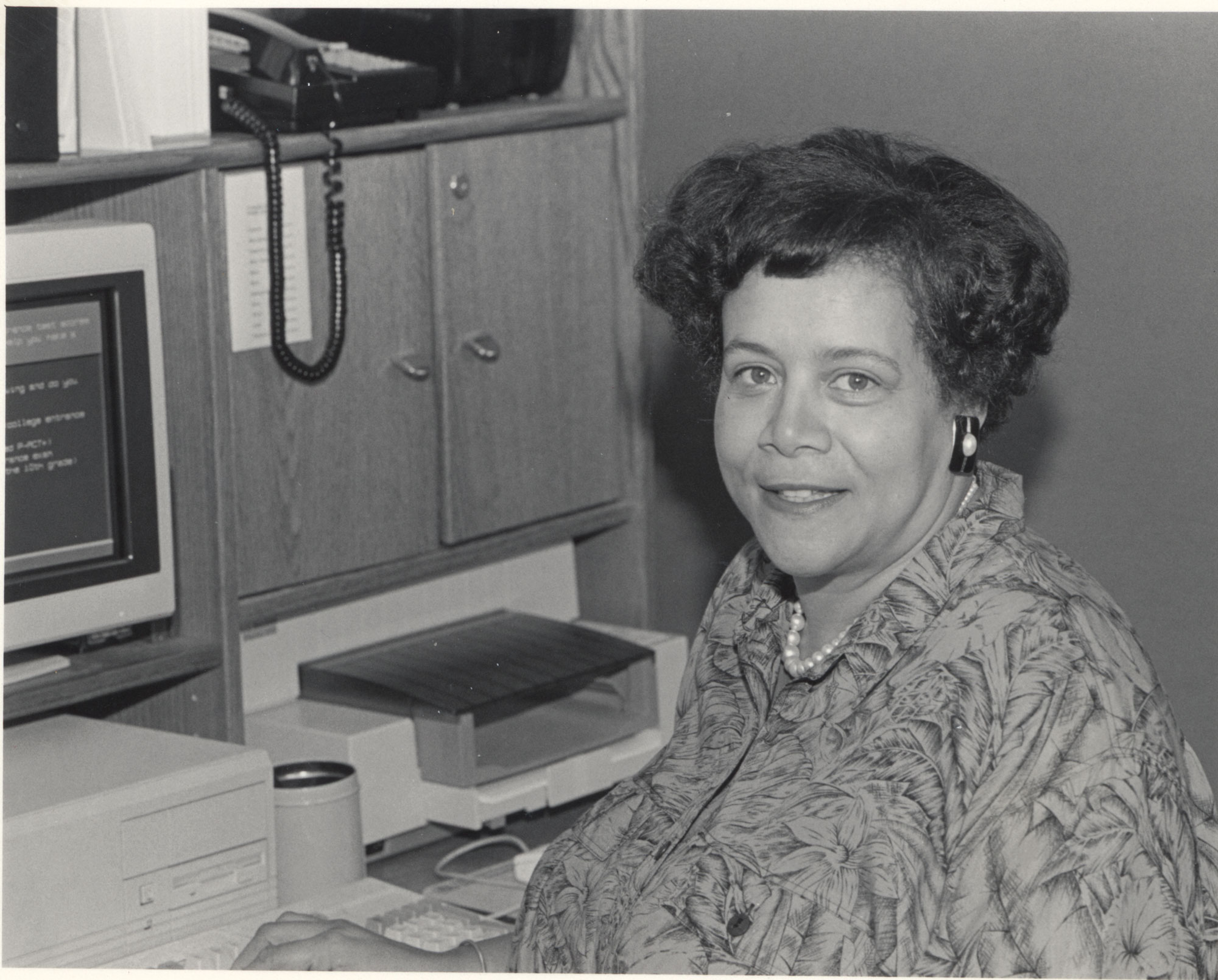 You’d be hard pressed to find someone who understands college students better than Barbara Matthews, associate director emeritus of counseling. “I’ll tell you one thing about Southern students. They come here determined,” says Matthews, who worked with thousands during her 30 years at Southern — including members of the Black Student Union (BSU), which she advised throughout her tenure.

Originally called the Organization of Afro-American Students, the BSU was formed in 1968 and was still a young organization when Matthews came on board in 1972. Its establishment reflected a national movement. The Civil Rights Act of 1964 banned discrimination in education on the basis of race, color, and national origin. Still, many black students who enrolled at predominantly white colleges and universities faced hostility. In an effort to support students and promote positive change, in 1966, the first Black Student Union in the nation was established at San Francisco State College [now University].*  Two years later, Southern followed suit. “Black students on campus needed direction and a voice. The Black Student Union made that happen,” says James Barber, ’64, M.S. ’79, Southern’s director of community engagement.

Donate to the Barbara Matthews Scholarship Fund during Southern’s Day of Caring.

Throughout the years, Matthews remained a mentor. “We were a force to be reckoned with, I’m proud to say,” recounts Michael Jefferson, ’86, who was elected president of the BSU in 1984. “We had to meet certain challenges, and I don’t know if students today appreciate how difficult it was at times. She [Matthews] was a huge influence. She was my confidente,” adds Jefferson, now an attorney based in East Haven.

Like many BSU alumni, he’s remained active with the organization and was instrumental in setting the groundwork for the scholarship. It began with “Martinis and Wings,” a BSU reunion held at Jefferson’s home in 1997. BSU alumni came to reconnect and raise funds to support students. They also celebrated Matthews, who received an award for paving the way for so many.

In 2019, the fund was fully endowed. The Barbara Matthews Endowed Scholarship was awarded for the first time during the 2019-20 academic year and will continue to benefit students who are active members of the BSU in good academic standing.

The scholarship is a fitting tribute to Matthews, who devoted her career to higher education. A 1968 graduate of Queens College, City University of New York (CUNY), she first worked in academia at a city-run residence hall for college students. Urged on by her coworkers, she earned a master’s degree from Hunter College in 1971, and joined the staff at Medgar Evers College in Brooklyn, which had just opened its doors as the youngest institution in the CUNY system.

Then she heard about a newly created position at Southern. “Students from the BSU came up with the plan,” recalls Matthews. “They were reaching out for someone to work with them. That’s why I felt an immediate connection, and it hasn’t been broken since. This one caught my heart. It’s been a love affair,” she says.

Her career has been a calling as well — one that’s enhanced the lives of generations of students. Southern’s campus has become increasingly diverse in recent years: in fall 2019, about 40 percent of the incoming class are students of color and 21 percent of full-time faculty are minorities. But when Matthews arrived in 1972, diversity was not a campus hallmark. As late as fall 1984, fewer than one in 20 full-time undergraduates was black and fewer than one in 100 was Hispanic. Among the 406 professors at Southern in 1984, only five were black — about one percent.

“Most of us were coming from the tri-state area from high schools where the student body looked very different from Southern,” says Jefferson. “Coming to a place like Southern was sometimes difficult. . . . It was important for us to create a supportive organization to deal with some of the challenges,” he says.

Throughout the years, the BSU, guided by Matthews, promoted inclusivity in countless ways. Noting a dearth of black faculty, the BSU sent student ambassadors to talk with academic department heads about the issue. Concerned about the percentage of black student-athletes who weren’t graduating on time, the BSU worked with the administration to dedicate an academic adviser to them. The group also organized cultural events for the entire campus.

Historically, the BSU’s commitment has extended to the New Haven community as well. Members worked on voter registration and advocated for children at New Haven Board of Education meetings. They also strove to enhance local neighborhoods. Michele Helms, ’92, remembers working on a comparative analysis of a nearby neighborhood while she was attending Southern. She recalls finding a high number of liquor stores and a disturbing lack of resources. It was upsetting and a call to action.

“I continue to hold BSU close to my heart because it was a platform that empowered me to make a difference — and she [Matthews] was a big part of that,” says Helms, an English as a second language [ESL] teacher in Stamford, Conn.

Her sentiment is echoed by Kermit Carolina, ’94, M.S. ’03, who, as a student, was president of the BSU. His memories of the organization include Saturday mornings spent with New Haven children who came to campus for mentoring and tutoring. “We had an opportunity to make an impact on the greater New Haven community. Every year, this commitment was passed down from president to president,” says Carolina — now supervisor of youth development and engagement with New Haven Public Schools.

Through each program and initiative, Matthews kept a careful eye on her students. “We’d be sitting in her office, talking about the BSU. And she’d casually swivel around to her desk, and say, ‘So, how are classes going? How are your grades?’” says Jefferson.

“I had access to their academic information!” Matthews says, with a laugh.

“It really was like having a campus mom,” says Jefferson.

“We never wanted to disappoint you,” adds Carolina.

This enduring, almost familial, connection — fostered by Matthews over three decades and beyond — gives the BSU much of its strength. In October 2018, the BSU held several events in conjunction with Southern’s Homecoming. The BSU tailgate alone drew about 400. Among them was Kendall Manderville, a senior majoring in recreation and leisure studies, who is president of the BSU today and the scholarship’s first recipient. He met Matthews there after hearing about her for years — and notes that the scholarship is inspiring and needed.

“Finances aren’t the only reason students of color might have difficulty staying in school, but they’re a primary issue. All of us have friends who didn’t come back because they couldn’t afford it,” says Manderville.

He continues: “I also feel students of color, especially black students, are not always aware of some of the resources available to them. They are not aware of how many scholarships are out there. So having one that’s just for them, right here at the university . . . It makes a difference.”

Donate to the Barbara Matthews Scholarship Fund as part of Southern’s Day of Caring.