A first-generation college student, Jacquelynn Garofano, ‘06, is paying it forward by mentoring some of tomorrow's most promising engineers. 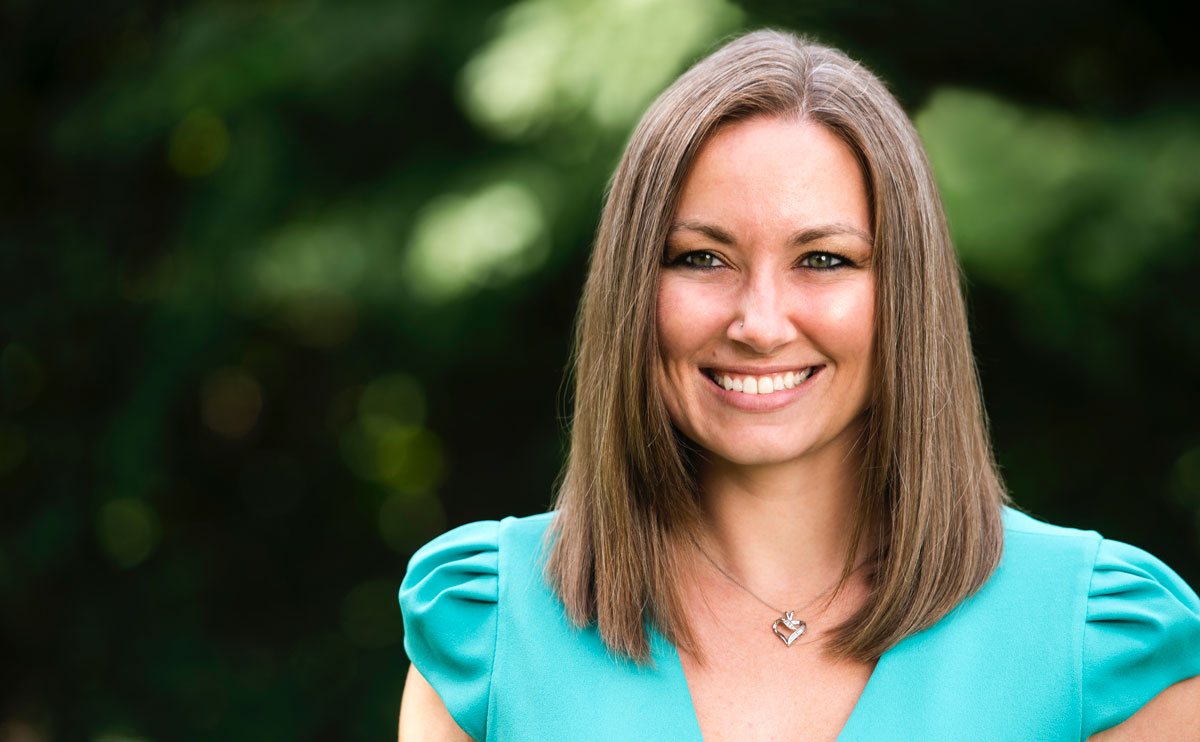 Never underestimate the power of a great mentor. As a first-generation college student, Jacquelynn Garofano, ’06, came to Southern to major in physics — and, within that first year, was conducting research in the physics lab. “The catalyst that really set me on my path was meeting and working with Professor [of Physics Christine] Broadbridge. She was instrumental in igniting my love of materials research and guiding me in the pursuit of a doctoral degree,” says Garofano.

Today, Garofano has come full circle, mentoring the next generation of engineers as the program manager of the Margaret Ingels Engineering Development Program at United Technologies, a new entry-level program for top engineering students. Participants rotate through four six-month assignments across the United Technologies business units, such as Pratt & Whitney and Collins Aerospace.

This focus on education echoes Garofano’s early career. Under Professor Broadbridge’s leadership, she held several positions with the Center for Research on Interface Structures and Phenomena (CRISP), a National Science Foundation-funded partnership between Southern and Yale University. Its goal: to share the wonders of science with K-12 students, college students, and educators. Garofano’s commitment to Southern remains strong — and this fall, she joined the SCSU Foundation Board of Directors.

“The two pillars that my career stands on are mentorship and networking,” says Garofano. “Over all this time, a simple but powerful mantra has struck with me: ‘I want to be for someone what Christine was for me,’ and it has materialized in a profound why.”

She’s a STEMinist: Garofano advocates for increasing the presence of women in STEM (science, technology, engineering, and mathematics). “Representation matters (#SeeHerBeHer). As a first-generation college student, I was fortunate to have a strong female role model and mentor at Southern: Christine Broadbridge, [professor of physics and executive director of research and innovation]. Now that I’m a professional woman in the tech industry, I make every effort to share my journey and empower young students — but young girls and women, in particular.”

A few accomplishments: Garofano earned a doctorate from the University of Connecticut and was named a “Woman of Innovation” by the Connecticut Technology Council (2011); was spotlighted on the “40 under 40” lists of outstanding young professionals compiled by Connecticut Magazine (2013) and Hartford Business Journal (2015); and was honored by the Connecticut Women’s Education and Legal Fund for advancing women and girls in the STEM field.

On the job: “As program manager of the Ingels program, I have the privilege of cultivating and leading the next generation of engineers who will shape our future. Frankly, this is what attracted me to this role,” says Garofano, who has complete oversight of the program. Her responsibilities include: leading recruiting activities, managing associate rotation schedules, and planning training curriculum for both technical and leadership development.

On board: “I’m thrilled to have been asked to serve on the SCSU Foundation Board of Directors and look forward to the opportunity to support Southern’s mission of providing exceptional, accessible, and affordable educational opportunities to students through the work of the foundation.

A mighty mentor: Last fall, Garofano was approached by a young woman, Edwina Lorient, a native of Haiti, who was studying mechanical engineering. “Edwina was interested in learning more about the different aspects of engineering and hearing about my experience as an engineer,” says Garofano. “She shared with me her desire to use her engineering skills to support her family and community in Haiti with innovative solutions to provide pure water and clean energy,” she says. Garofano encouraged her to apply for summer research experiences, directed her to the Leadership Summer Research-Early Identification Program through The Leadership Alliance, and guided her through the application process. “I was elated when she told me that she was accepted into Brown University’s program for the summer! The return on my seemingly effortless investment has been massively rewarding, not just for Edwina in securing a research fellowship, but, for me also, because I’ve been able to be ‘that person’ for an aspiring young woman engineer,” she says.

Words of wisdom: “I encourage our program associates to build a strong professional network (as they have a unique opportunity to have four different roles across our enterprise), but most importantly, enjoy the journey and have fun!” she says.