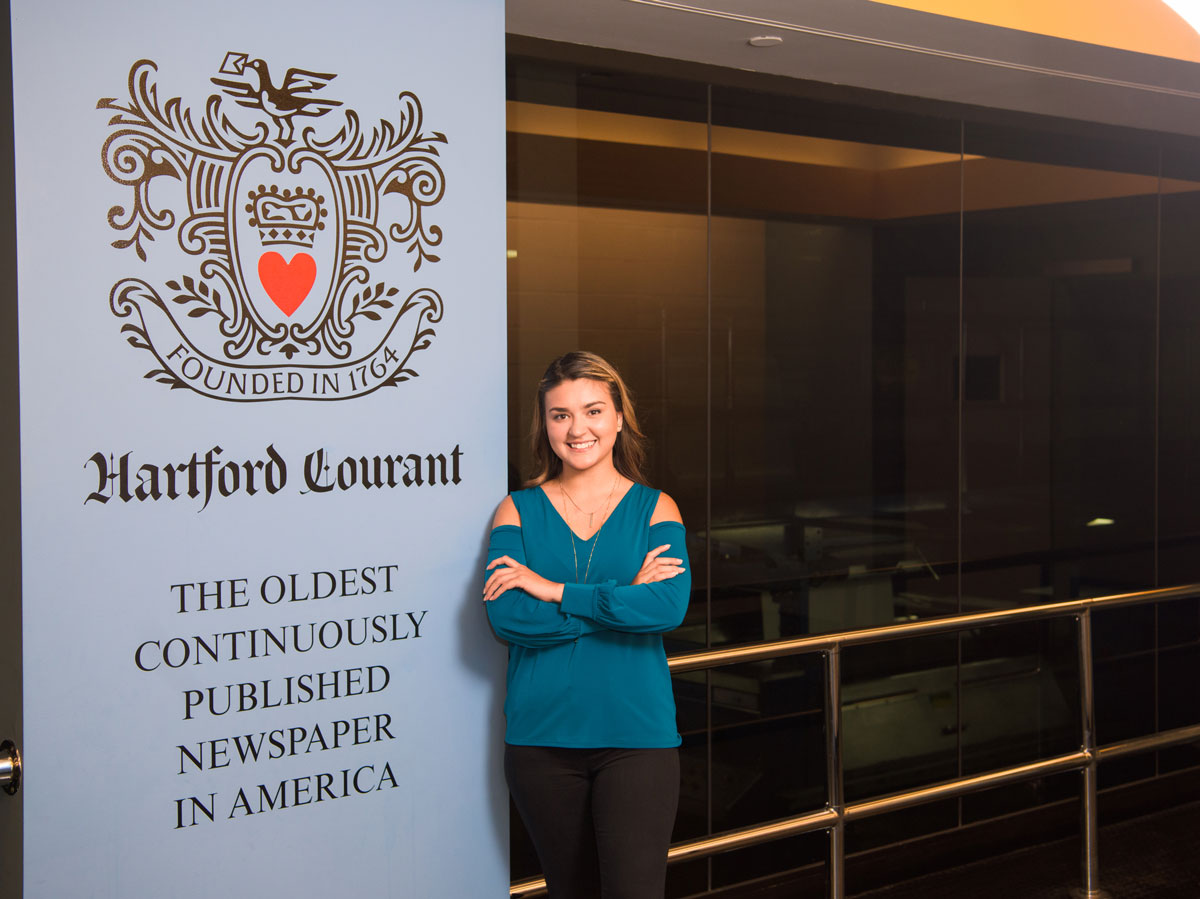 Out of hundreds of journalists who applied from across the country, only a dozen were selected for a recent intensive 11-day program focusing on understanding and communicating data-rich and complex statistical information. Sandra Gomez-Aceves, who graduated from Southern just two months ago, was among them.

The ProPublica Data Institute is a program run by an independent investigative journalism newsroom. Attendees learned data journalism, design layout and programming concepts such a HTML/CSS, JavaScript and Python. They even built a website from scratch.

“The Data Institute opened up a new world of journalism to me that I knew existed, but not to the extent that it does,” Gomez-Aceves said.

The journalists who have been accepted are career professionals who range from students to mid-level. ProPublica chose 12 applicants out of nearly 500 applicants.

“It’s like a 2.5-percent acceptance rate,” Gomez-Aceves said. “I thought ‘Oh my God, this was just meant to happen for me.’”

After graduating from SCSU with a B.S. in journalism and a concentration in political science, she then went on to complete the program at the ProPublica Headquarters in New York City. But her selection came while she was still a student – one of only three students chosen.

Gomez-Aceves said that she learned about the program when Jodie Gil, SCSU assistant professor of journalism, sent her a link to the application. Gil said she was so proud when she heard about the acceptance and she knew that ProPublica picked the right person.

“I was blown away because it’s such a prestigious program. They (ProPublica) have been around for nine years and they’ve won four Pulitzer prizes,” Gil said.

Gomez-Aceves’s first experience with data was in the Digital Media Skills course during her freshman year at Southern. Throughout her four years at Southern she strived to learn data, but there wasn’t always sufficient interest from students for a class to be offered.

“I really love data and I wanted to learn about it when I was in school,” Gomez-Aceves said.

Gil said the ProPublica Data Institute was a way for Gomez-Aceves to connect on a national playing field and shows that Southern students can compete with anyone.

Participants conducted research, evaluated data and created data sets in classroom workshops from 9 a.m. to 5:30 p.m. and had homework assigned each day.  The most challenging aspect for Gomez-Aceves was “scrapping”, a method of using code to plug in data into an Excel document from a given website.

“Everyone wanted to be there, everyone wanted to work hard,” Gomez-Aceves said. “I think it definitely helps me just want to do better and learn from the people who have had this experience.”

Gomez-Aceves was recently hired as a breaking news reporter for the Hartford Courant. She said she is excited to incorporate her love of data journalism in her future reporting.

“I have a new love for websites and the Internet,” Gomez-Aceves said. “You kind of just take the Internet for granted. But when you start seeing how pages come together and all the work that goes into HTML, CSS and JavaScript. A web page is a lot of work.”