High school and middle school track runners learn early that the shortest distance around a 1/4-mile track is on the extreme inside. The further out you go on the turns, the longer you run. And in a close race, saving ground can make the difference between victory and defeat, or between placing well enough to gain points for your team or not.

But exactly how much extra ground do you save by staying on the inside, rather than venturing out into Lane 2 or 3 or beyond? And how do you figure that out mathematically?

The answer is as easy as pi. Not pie, but pi (same pronunciation).

Pi is a Greek letter used in mathematics referring to the ratio of the circumference of a circle to the diameter. The approximation is 3.14, but the digits of its exact value are believed to go on forever. In fact, researchers now say they have calculated pi to well beyond a trillion digits and there is still no end or repetition in sight.

You can take that same formula and apply it to the track, as well, since a track is basically two half circles joined by two straight lines. To calculate how much further you would need to run if you are running any distance outside of the extreme inside, here’s what you do:

Example 1: We’ll assume that the track has been constructed so that it is exactly 440 yards per lap. (Many modern tracks are actually slightly smaller at 400 meters, but let’s assume the track is 440 yards.) Someone running along the extreme inside for the entire trip would travel 440 yards. But if you were to run 2 yards away from the inside for a full lap (putting you somewhere in the middle of Lane 2), the radius of your lap would be 2 extra yards. Using the formula (2 x pi x 2), the circumference of your lap would equal about an additional 12.56 yards, for a total of about 452.56 yards. In other words, you ran about an extra 12.56 yards.

Example 2: In this scenario, you’re competing in the 2 mile and are merely 1 yard away from the inside, which would put you on the outer portion of Lane 1 on most tracks. Almost nobody would stay that same distance out from the inside for the entire race, but it wouldn’t be unusual to see someone do that for a portion of it. So, if you’re running 1 yard out for 3 of the 8 laps, that would mean you ran about an extra 6.28 extra yards (2 x pi x 1) per lap. If you did that for 3 laps, that gives you an about an extra 18.84 yards of running.

In reality, runners often have to go to the outside to pass someone. But passing on a turn requires you to run longer, whereas running on the outside on a straightaway requires no extra ground (except for a miniscule addition of moving diagonally for a step or two).

Many schools will celebrate “Pi Day” on March 14. (It’s designated as March 14 because of the approximation 3.14.) Rich DeCesare, associate professor of mathematics at Southern and the certification coordinator for the university’s Math Department, offers some historical tidbits about pi:

•The Hindu mathematician Aryabhata (476 to 550 A.D.) gave the following rule for determining pi. “Add four to one hundred, multiply by eight and then add sixty-two thousand. The result is approximately the circumference of a circle of diameter twenty thousand. By this rule, the relation of the circumference to diameter is given.” (Believe it or not, that formula actually gave us a pretty good approximation – 3.1416.)

•In 1897, the Indiana House of Representatives almost passed a bill that would have declared pi to be equal to 3.2. The bill was stopped at the last minute, saving the Hoosier State from a “not so precise approximation” declaration.

•Pi is sometimes called “Ludolph’s number” or “the Ludolphine number” after the mathematician Ludolph van Ceulen (1540 to 1610), who computed the numeral to 35 decimal places. His widow had the 35 digits carved on his tombstone. Talk about dedication to a cause!

•There are many mnemonics for remembering the first several digits of pi, which depend upon counting the number of letters in words. One example is: “May I have a large container of coffee?” That gives you 3.1415926. (Three letters in “May”…one letter in “I”…four letters in “have”…etc.) The longest mnemonic can only have 32 words since the 33rd digit of pi is zero.

Does anyone have other interesting anecdotes or practical applications of pi? 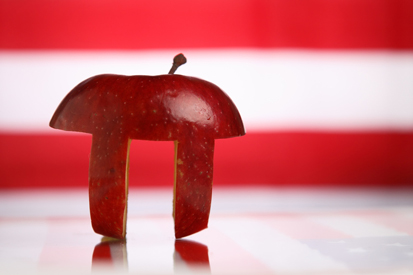